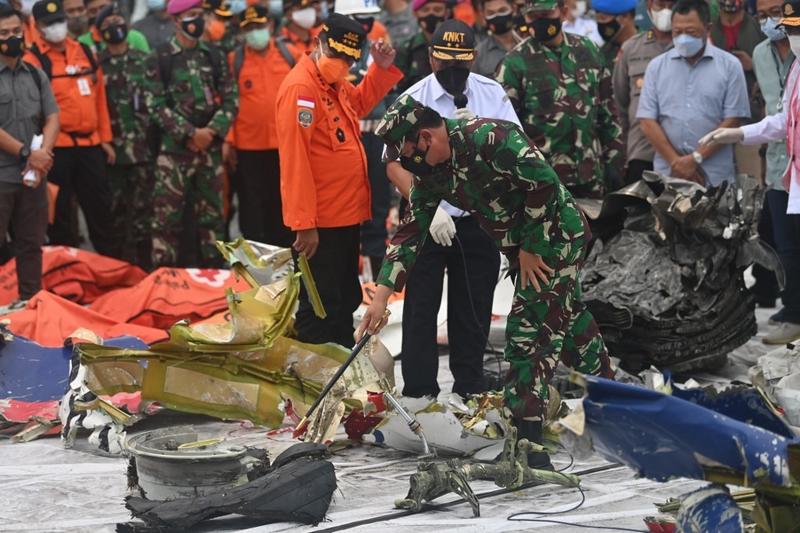 JAKARTA  - Indonesia on Wednesday temporarily suspended a search by divers for the cockpit voice recorder of a Sriwijaya Air that crashed with 62 people on board shortly after takeoff.

The search in the Java Sea had to be halted due to bad weather that whipped up waves of up to 2.5 metres in height, officials said.

Earlier on Wednesday, divers retrieved more debris and a damaged Identity card of one of the victims, Navy official Abdul Rasyid told reporters on board the Indonesian navy ship Rigel

Earlier on Wednesday, divers retrieved more debris and a damaged Identity card of one of the victims, Navy official Abdul Rasyid told reporters on board the Indonesian navy ship Rigel.

Divers retrieved the plane’s flight data recorder (FDR) from the seabed on Tuesday and officials said they had also found the beacon that was attached to the cockpit voice recorder (CVR).

A remotely operated underwater vehicles (ROV) will be deployed to scour the seabed on Wednesday, Abdul said, adding that the search had been made more complicated because no pings were now being emitted after the beacon detached from the CVR.

Military chief Hadi Tjahjanto said on Tuesday he had “high confidence” of finding the recorder soon.

The Boeing 737-500 jet crashed into the Java Sea on Saturday four minutes after takeoff from Jakarta’s main airport.

Investigators will rely heavily on the two black boxes to determine the cause of the crash.

The FDR contains about 25 hours of data on eight tracks and the CVR has 30 minutes of conversation, according to the final report on a similar model of a Boeing 737 which crashed in 2008.

A team from the US National Transportation Safety Board will be traveling to Jakarta in coming days to help with the investigation.

The KNKT’s initial findings showed the plane’s engine was running when it hit the water, based on the damage seen on jet parts retrieved from the sea.

Indonesia’s transport ministry said on Tuesday the plane, which was grounded during the early months of the coronavirus pandemic, had passed an airworthiness inspection on Dec. 14 and had returned to service shortly after.