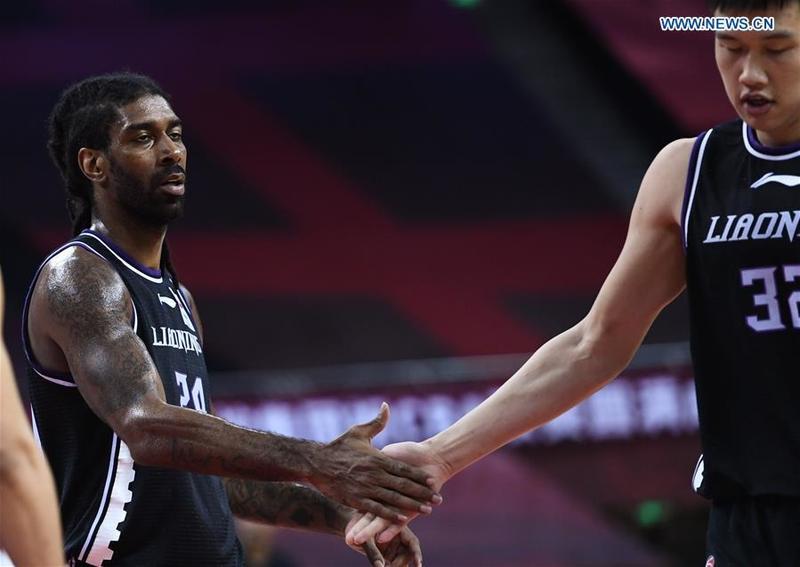 ZHUJI, China - With six players scoring double-digits, the Liaoning Flying Leopards defeated the Shandong Heroes 117-105, while the Qingdao Eagles suffered their seventh defeat in a row after losing to the Guangzhou Loong Lions 114-94 here in the 2020-21 Chinese Basketball Association (CBA) league on Tuesday.

In other games on Tuesday, the Zhejiang Golden Bulls edged the Shenzhen Aviators 109-95

Liaoning took a 31-18 lead in the first quarter, but Shandong reduced their turnovers and hit back at halftime with 48-48. Liaoning had a 13-0 run in the middle of the final quarter and wrapped up the victory.

"We had a tough game, but everybody on the court worked hard. I hope our players can gain experience through this kind of competition," Shandong's head coach Gong Xiaobin said after the game.

The Guangzhou Loong Lions trounced the Qingdao Eagles, forcing the latter to endure their seventh straight loss on Tuesday.

Guangzhou started the game with a 6-0 run, but Zhao Tailong and Yang Jinmeng answered with two 3-pointers. Zhu Mingzhen's 3-pointer helped Guangzhou took a 51-48 lead at the end of the second quarter.

Failing to restrict Dallas Moore and Isaac Haas from shooting, Qingdao saw the gap expand from three points to 18 points in the third quarter and lost the game.

"Guangzhou had 18 more rebounds than us, and this might be the worst record for us this season. We also had a very low shooting percentage from the arc." Qingdao coach Wu Qinglong said after the game.