Back to the future

In Part 5 of a series on how Hong Kong’s new and upcoming museums stack up against their counterparts on the Chinese mainland, Chitralekha Basu reports on the art, heritage and experiences future museums have in store for their audiences and how they plan to negotiate the bends in the road ahead, coming on the back of a pandemic.

Until recently Hong Kong lacked a clearly-defined government-backed policy of Art Tech development — the sort that gave museums such as the United Kingdom’s Tate Modern, or the National Museum of Singapore a competitive edge when it came to putting together high-class curated online content. However, in her last Policy Address in November, Hong Kong Chief Executive Carrie Lam has promised to set aside HK$100 million (US$12.9 million) toward developing and promoting Art Tech projects, which should incentivize museums to take risks and commission projects that can do better than trying to digitally replicate the physical experience of a museum.

The excitement around tech development in art in Asia ties in with the notion that the epicenter of new, exciting, museum activity is shifting from the West to East

Winsome Chow, chief executive of Hong Kong Arts Development Council (HKADC), the government designated agency for arts funding, assures that HKADC will back “high-quality, interactive and even immersive arts experience” emerging out of Art Tech development, “regardless of the content and implementation methods.”

ALSO READ: Food for thoughts on art and cuisine heritage 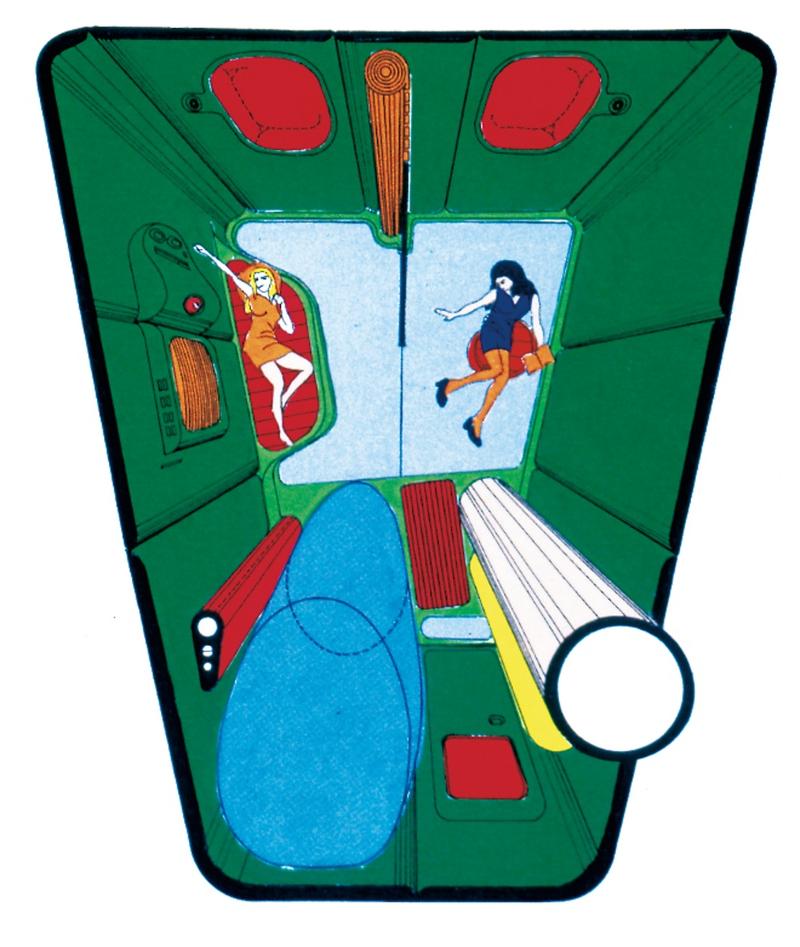 Warren Chalk's design of a Capsule Home (1964), resonates with life in isolation, as a result of COVID-19. From Archigram Archive, in M+ Collections. (PHOTO / CHINA DAILY)

This should be encouraging news for the likes of Hong Kong Palace Museum (HKPM), coming up in West Kowloon Cultural District (WKCD) in 2022. Going by its promotional literature, HKPM, which will showcase art and antiquities from Beijing’s Palace Museum, is keen to create an interface between traditional Chinese art and advanced technology.

“The relationship between art and technology is one of the many innovative areas we are actively exploring. Currently, we are working with leading artists who employ cutting-edge technologies,” says HKPM Deputy Director Daisy Wang Yiyou.

“We need to be clear about the contents and key message and seek the most appropriate technologies to communicate our thoughts and feelings, not the other way around,” Wang hastens to add.

Coming on the back of the pandemic year which saw the emergence of a myriad of hybrid cultural forms that exist in the interstices of the virtual and physical realms, the frontline innovation in creating digital museum experiences might well take place in Asia, says New York-based arts writer Andras Szanto, as “many people in China, Singapore or Japan are living a more digitally-evolved life than we do in the United States.”

The excitement around tech development in art in Asia ties in with the notion that the epicenter of new, exciting, museum activity is shifting from the West to East. 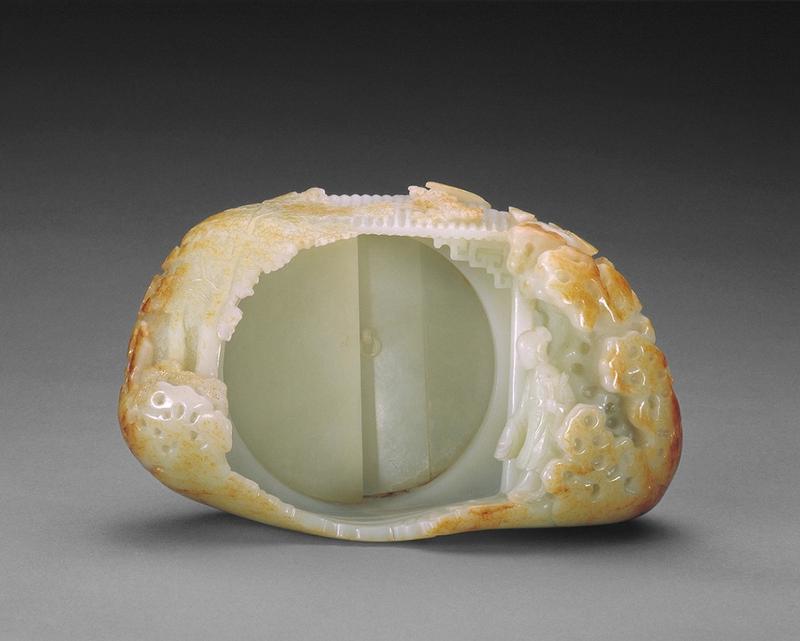 Boulder with Two Ladies at a Moon Gate and a Poem by the Qianlong Emperor. Jade (nephrite) sculpture from Qianlong period (1736-73 CE). (THE PALACE MUSEUM / FOR CHINA DAILY)

“Europe gave us the first iteration of the museum — grand palaces devoted to a certain ideal of high culture. The influence of the US in the 20th century was about creating a more democratic, civic, education-oriented, user-friendly museum. Now we have turned the page to Asia, and its imprint will likely be both cultural and technological,” says Szanto, giving a thumbs up to “the energy I see in China’s museum sector, the desire to build and evolve and never take no for an answer.”

There’s a lot riding on both HKPM and its WKCD neighbor M+, opening in 2021.

Selina Ho, research assistant professor, Department of Visual Studies, Lingnan University, says she will expect nothing less of M+ than to watch it “create a deliberate, provocative aesthetic challenge, and inspire more thinking on new identities and embracing cultural differences.”

And M+ is not holding back as it goes about putting together its inaugural exhibition, featuring works by the conceptual art pioneer Marcel Duchamp (1887—1968). Curated by M+’s chief curator and deputy director, Curatorial, Doryun Chong, the show will also feature a stellar list of artists from the East including Nam June Paik and Yoko Ono.

“We will try to de-center Duchamp, by bringing him into conversation with key artists from this part of the world who used Duchamp’s methodology as part of their toolbox to develop an avant-garde voice,” says M+ museum Director Suhanya Raffel of the effort to present one of the most influential figures of 20th-century art through the lens of Asia. 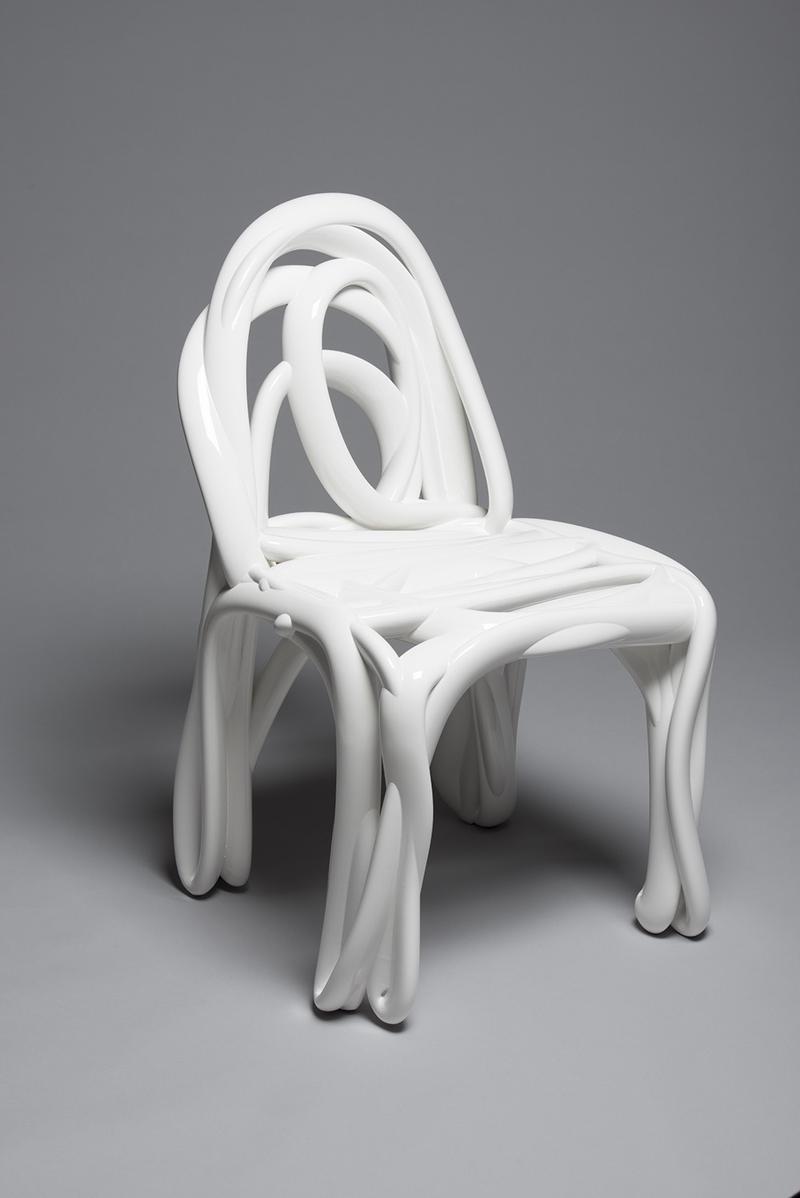 When the plan to build HKPM was announced in December 2016, not everyone was convinced that a franchise of Beijing’s Palace Museum was needed in Hong Kong. But then HKPM could be much more than a visual symbol of Beijing’s presence in the city. As its Director Louis Ng says, “If HKPM were a copy of the Palace Museum in Beijing, that would be meaningless.”

He expects to change popular perception about HKPM being a house of antiques. “HKPM is a museum with a Hong Kong perspective and global visions,” says Ng, proud of the 800-piece exhibition, including 20 percent Grade I objects, HKPM is bringing from the Palace Museum for its opening show. The museum is also expected to act as a vital cultural link between China and the rest of the world, disseminating knowledge and sharing research and exhibitions on Chinese heritage. To ensure a diversity of perspectives in the museum content, Ng has reached out to creative people from outside the museum sector.

Artist and design stalwart Stanley Wong was roped in to design a gallery for HKPM.

“The show I am involved in is on the subject of craft and creativity, and also about creating a dialogue linking the past with the present and future,” says Wong, who plans to “introduce a present-day perspective that embraces the craft spirit from ancient times, and yet echoes with today’s insights and values.” 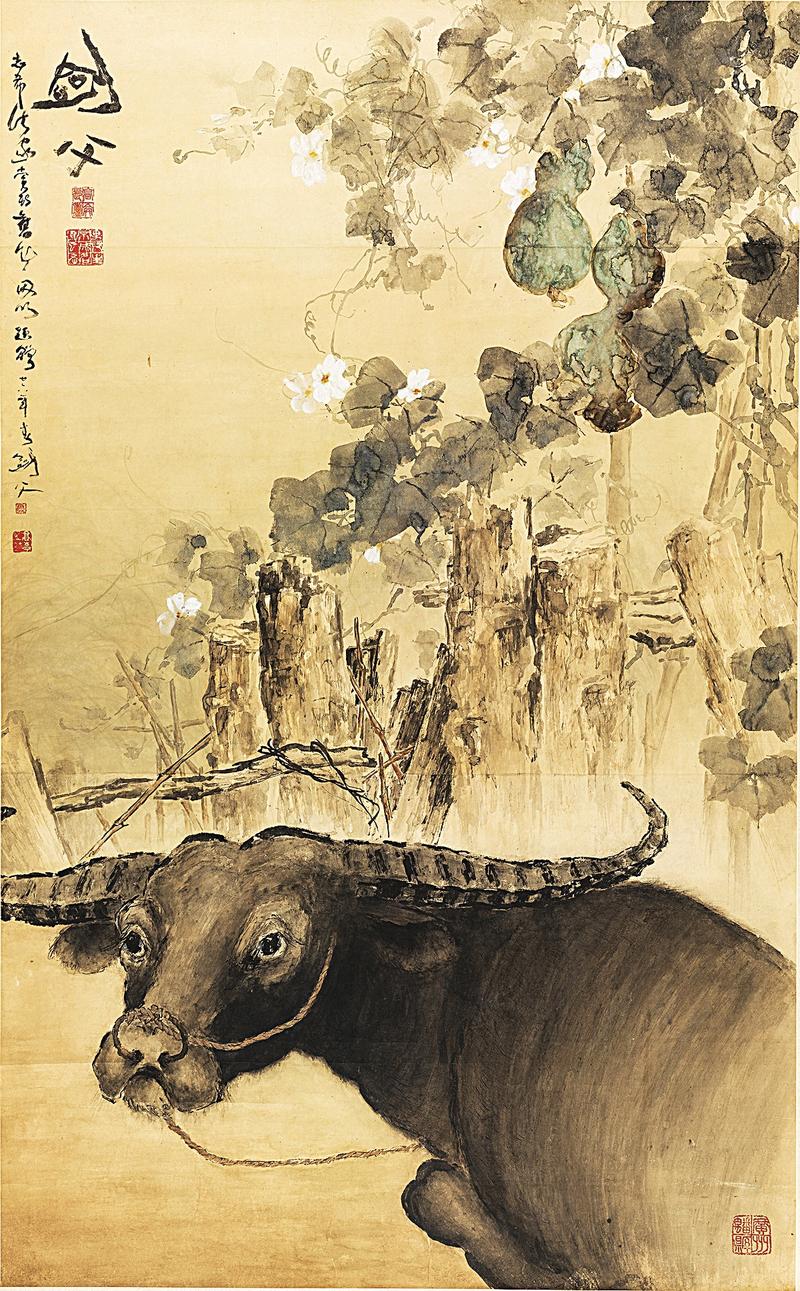 He Art Museum has an impressive collection of Lingnan-style ink paintings, such as Buffalo by Gao Jianfu. (PHOTO / CHINA DAILY)

As the buzz around Hong Kong losing its avenues of free expression gets louder in the western media, it might be worthwhile to consider if museums on the Chinese mainland actually feel suffocated by governmental interventions.

When Design Society opened in Shekou, Shenzhen, in December 2017, the event was covered extensively in the British media because of the museum’s tie-up with the Victoria and Albert Museum in London. In their reports, many journalists wondered if a museum under the jurisdiction of the Chinese government could actually have an independent curatorial voice.

“None of the naysayers ever came back to check the truth of their first-day verdict,” says Design Society Director Ole Bouman. “I have spent more than a thousand days here since then and can testify that the overarching goals we set ourselves, to cultivate creativity and position and demonstrate design as social catalyst, were never jeopardized by jurisdiction.”

He Art Museum in Foshan, Guangdong province, offers an eclectic mix of art that is both traditional and experimental. It has both international heavyweights as well as new Chinese art in its collection. (PHOTO / CHINA DAILY)

“More important was the challenge of short-term thinking that was manifest on various occasions — the wish to see success too quickly, the need to reach financial targets, the sudden process interventions for ceremonial purposes, generic budget cuts and branding errors,” says Bouman, who is a Dutch-German historian and academic who has spent nearly 10 years doing curatorial work in China.

“But none of these are essentially different from the setbacks I experienced in other countries, and none have kicked us off the main path toward creating an inspiring platform to learn and exchange at,” Bouman says.

The other charge often leveled against China’s new private museums is that they play safe — put a Picasso here, a Damien Hirst butterfly mosaic there, get some Anish Kapoor circular mirrors and a wire sculpture by Alexander Calder, and then maybe throw in a Yaoyi Kusama pumpkin to add a touch of the East. 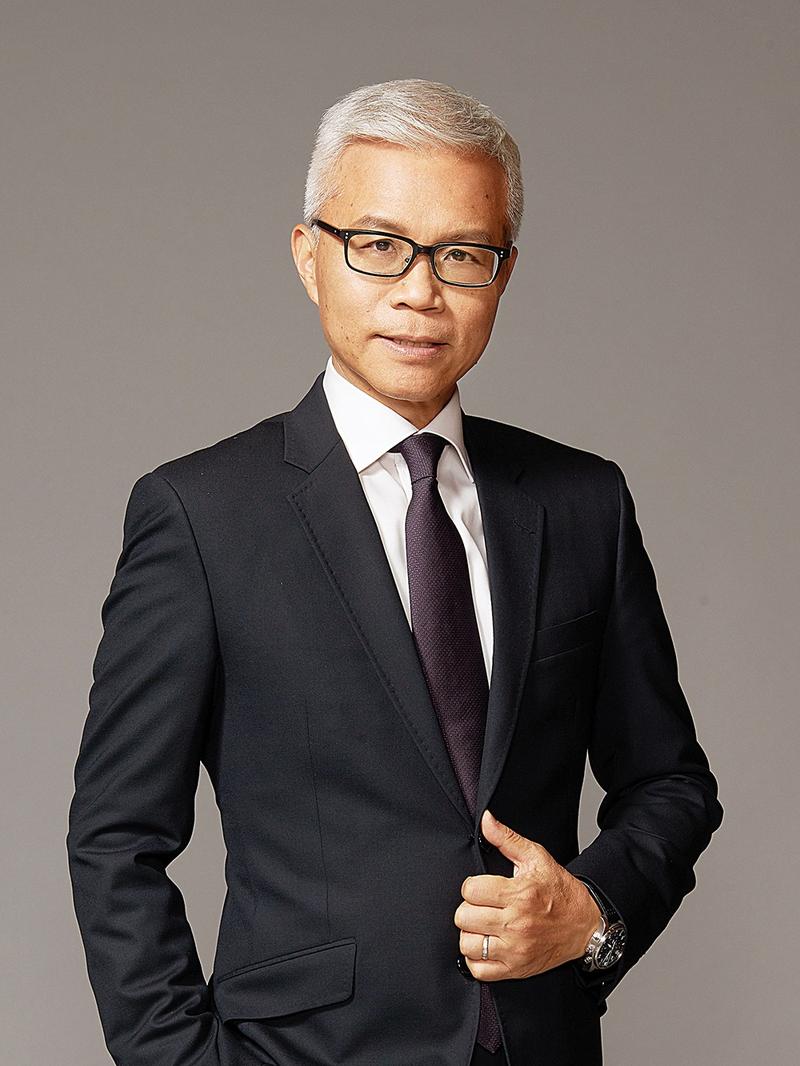 It might be a tad simplistic to assume that China’s private museums, often built on new wealth gained from entrepreneurial success, have no appetite for experimental art or relatively unknown artists. From the Mundane World, the inaugural exhibition put on by Foshan’s He Art Museum — which, incidentally, has blue-chip works by all of the heavyweight artists mentioned above — featured conceptual art pieces by Yin Xiuzhen, Sun Ye and Li Jinghu alongside a glass marble map of the world by Mona Hatoum.

Nicole Ching, co-founder, Museum 2050 — a platform for studying the cultural and social impacts of China’s museum boom — points out that HEM also has “an incredible collection of Lingnan-style ink paintings, (lively nature study portraits by Gao Qifeng, Gao Jianfu and Chen Shuren), a style of art with deep Guangdong roots, demonstrating its commitment to the very personal endeavor of supporting local culture.” 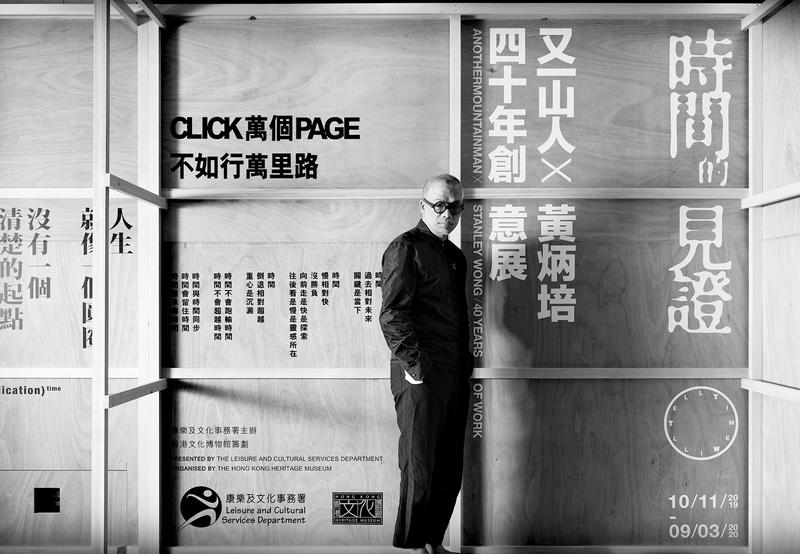 The past will be in dialogue with the present and future in Stanley Wong’s design for a Hong Kong Palace Museum gallery. (PHOTO / CHINA DAILY)

Museum of the mind

In May, when many cities around the world were under lockdown, the artist Olafur Eliasson created an app-based augmented reality project, Wunderkammer, which allowed people to experience natural phenomena — a glowing sun, rainbow and rain-bearing clouds — inside their homes and distributed it for free, making it possible to imagine that museums too could be liberated from their physical locations and be available to experience just about anywhere, perhaps through a chip implanted in the human brain.

Wong says if he were given a free hand to design his dream museum without constraints of funding, size or location, he would probably go for an itinerant museum. “A part of it will have permanent shows, while the rest will change each time the museum arrives in a new city, the new show will be co-curated by that city’s people,” says Wong.

READ MORE: A big plus on the horizon 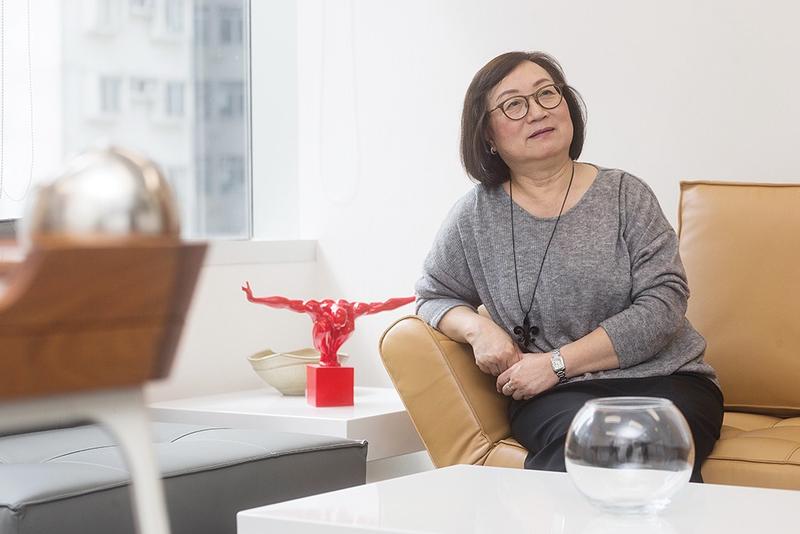 Ron Herron of the Archigram architect’s collective anticipated a version of Wong’s idea in 1964. His drawing, “Walking City”, is now in the M+ collection, as part of the Archigram Archive, comprising more than 20,000 drawings, prints, sketches, models and other materials inspired by equally unconventional ideas. Archigram’s idiosyncratic neo-futurist designs that imagine people living in a robotized, pop psycho bubble resonate deafeningly with the locked down, isolated mode of living many people around the world find themselves in today.

That M+ chose to go for Archigram Archive is a sign that the future of Hong Kong’s museums will be anything but boring. 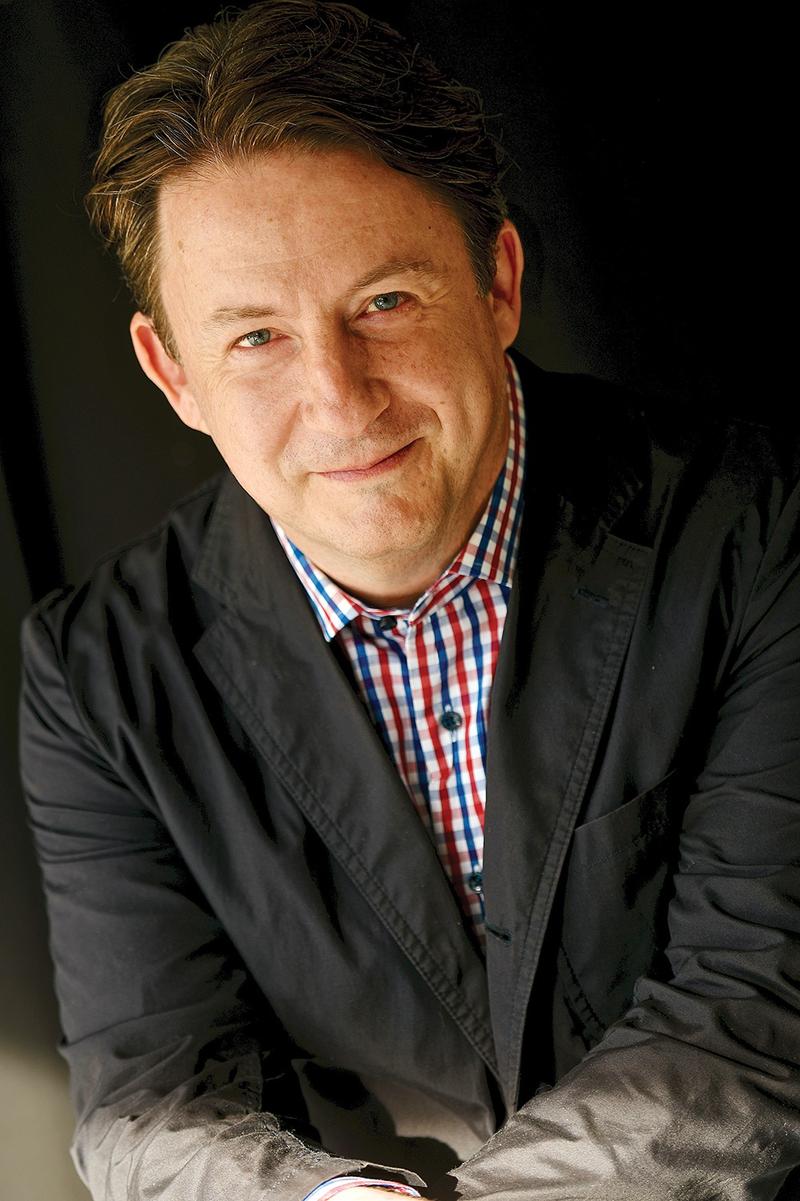