Netanyahu's greatest rival, Israel's Gantz is down, if not out 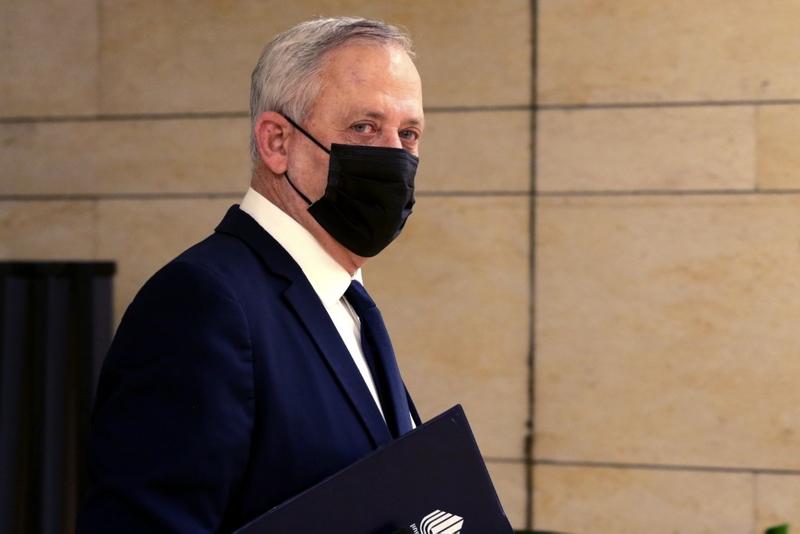 JERUSALEM - Benny Gantz, the former general who came close to ending Prime Minister Benjamin Netanyahu’s long dominance of Israeli politics, is finding his star is fading fast as a new rival from the right emerges as a challenge in an election set for March.

With his centrist Blue and White party on the verge of demise, Gantz has said he will press on and bring Netanyahu’s more than decade-old reign to an end.

But with anger mounting against Netanyahu’s handling of the coronavirus crisis from across the political spectrum, the main threat to the prime minister appears to be Gideon Saar, a defector from his right-wing Likud party.

With anger mounting against Netanyahu’s handling of the coronavirus crisis from across the political spectrum, the main threat to the prime minister appears to be Gideon Saar, a defector from his right-wing Likud party

Saar has accused Netanyahu, who is under criminal indictment for corruption, of putting his own interest ahead of the nation’s. Netanyahu, who denies any wrongdoing, has dismissed the allegation.

A survey by N12 News predicted Likud would be down to 28 seats in the 120-seat parliament, with Netanyahu short of a backing majority, Blue and White shrinking to five and Saar’s New Hope party winning 19 in the March 23 election.

Up until May, Gantz was the great hope of Israel’s centre-left, desperate to oust Netanyahu in three elections held since 2019 in which Blue and White ran neck-in-neck with Likud, winning around 35 seats each.

But in the past week a string of political allies have bolted Blue and White, which polls see teetering on the edge of the threshold required in order to enter parliament.

“The race for the exit from B&W is reaching stampede proportions,” Anshel Pfeffer, a political analyst for the liberal Haaretz newspaper, wrote.

“Centrist parties in Israel are usually short-lived but this is a political write-off of epic proportions.”

At a news conference on Tuesday, Gantz said he would remain at the party helm and bring Netanyahu down.

“Many have mentioned the term ‘political suicide’ to me but I didn’t care then and I don’t care now,” he said. “I see only the State of Israel.”

A towering and laid-back former military chief, Gantz, 61, was a political novice whose main election pledge was to form a government without Netanyahu

Alone at the podium and angrily rebuffing critics hours after he was abandoned by a senior party comrade, Gantz’s sombre statement was a stark contrast to the buzz he generated in the previous campaigns.

A towering and laid-back former military chief, Gantz, 61, was a political novice whose main election pledge was to form a government without Netanyahu.

Likud and Blue and White emerged as the two biggest parties at the ballots. But neither Gantz nor Netanyahu secured enough votes to form a government. As the coronavirus crisis mounted, Gantz backtracked on his election promise and joined an emergency unity government headed by Netanyahu, taking the position of Defence Minister.

Alienating voters and enraging allies, Gantz struck a power-sharing deal that would have seen him taking the premiership from Netanyahu in November 2021 - an accord many political analysts were sceptical would hold.

It was a costly move. Gantz’s party split with about half its members quitting as his own popularity plummeted in opinion polls. The government, formed in May, collapsed last week, triggering another snap election.