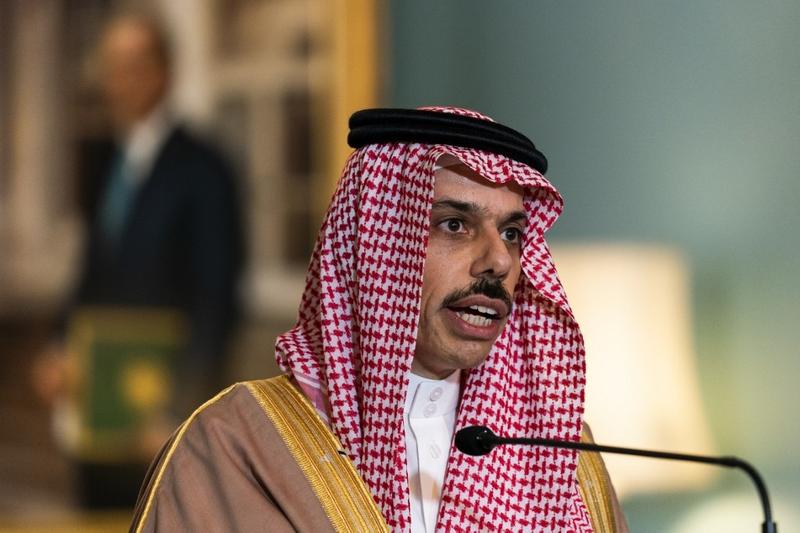 RIYADH/BEIRUT - Saudi Arabia’s foreign minister said on Saturday he was confident that Democrat Joe Biden’s incoming US administration would pursue policies that help regional stability and that any discussions with it would lead to strong cooperation.

Riyadh is bracing itself for a new US president who pledged on the election campaign trail to reassess ties with Saudi Arabia, a state he described as a “pariah” in 2019.

Riyadh is bracing itself for a new US president who pledged on the election campaign trail to reassess ties with Saudi Arabia, a state he described as a “pariah” in 2019

“I’m confident that a Biden administration would continue to pursue policies that are in the interest of regional stability,” Prince Faisal bin Farhan Al Saud told Reuters in a virtual interview on the sidelines of the G20 Leaders Summit, which his country is hosting.

“Any discussions we will have with the future administration will lead to strong cooperation.”

Those areas may now become points of friction between Biden and Saudi Arabia, a major oil exporter and buyer of US arms.

Prince Faisal emphasized the 75-year history of “strong defense cooperation” between the two countries and said he expected it to continue.

He said it would be “entirely appropriate” for the United States to designate the Iran-aligned Houthi movement in Yemen as a foreign terrorist organization.

“We all know much of their weapons and a significant part of their ideology comes from Iran. So they are certainly a foreign-backed terrorist organization,” he said.

Washington sees the group as an extension of Iranian influence in the region. Trump’s administration has been threatening to blacklist the group, sources have told Reuters, as part of its “maximum pressure” campaign against Tehran. Iran denies that it gives financial and military support to the Houthis.

Saudi Arabia lobbied hard for the campaign against rival Iran, and at issue is how Biden will address Tehran’s ballistic missiles and support for regional proxies in any talks to revive an international nuclear pact with Iran that Trump quit in 2018.

Prince Faisal also said the kingdom enjoyed “good, amicable” relations with Turkey, which has been at odds with the kingdom for some years over foreign policy and attitudes towards Islamist political groups. The murder of Khashoggi in the Saudi consulate in Istanbul sharply heightened tensions.

For more than a year, some Saudi and Turkish traders have speculated that Saudi Arabia was enforcing an informal boycott of imports from Turkey.

The minister said he hasn’t seen any numbers that would support the existence of a boycott.

Commenting on the rift among Gulf countries with Qatar, Prince Faisal said Riyadh was seeking a way to end a dispute with Qatar. The dispute dates from 2017 when the United Arab Emirates (UAE), Saudi Arabia, Bahrain and Egypt imposed a boycott on Qatar, severing diplomatic and transport ties and accusing it of supporting terrorism. Qatar denies allegations of supporting terrorism.

In the lead-up to the G20, leading human rights groups and families of jailed activists called on G20 capitals to boycott the summit over Riyadh’s rights record.

Asked whether Saudi Arabia was considering clemency for detained women’s rights activists, a prospect initially raised by the Saudi ambassador to the UK and subsequently walked back, Prince Faisal said clemency was a “non-issue”, given the women were still on trial.

The detainees are accused of harming Saudi interests. Few charges have been made public but some relate to contacts with foreign journalists, diplomats and rights groups.