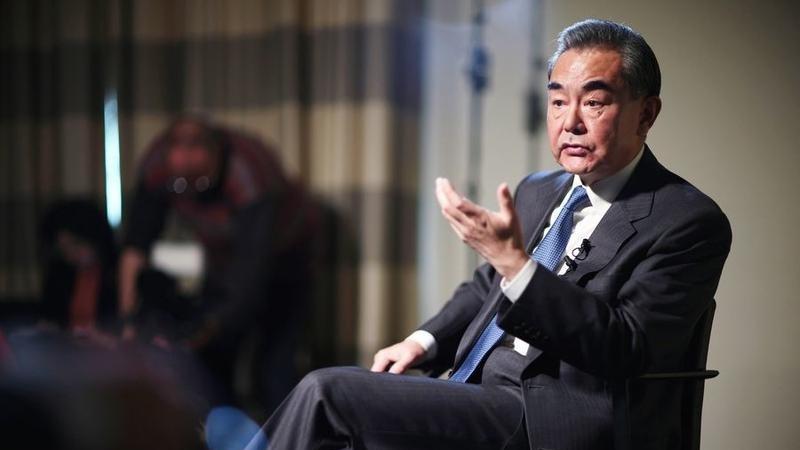 BEIJING - The cooperative mechanism between China and Central and Eastern European Countries (CEEC) has played a positive role in their joint efforts against the COVID-19 pandemic, Chinese State Councilor and Foreign Minister Wang Yi said on Friday.

In a phone conversation with Hungarian Minister of Foreign Affairs and Trade Peter Szijjarto, Wang said China-Hungary relations have maintained a sound momentum of development.

Under the strategic guidance of the two leaders, the mutual trust between the two countries has been continuously consolidated and the cooperation in various fields has been carried out smoothly, he said.

The economic and trade exchanges between the two sides have increased against current negative factors, demonstrating strong resilience and bigger room for cooperation, Wang said.

The cargo flight between China's Zhengzhou and the Hungarian capital Budapest opened an efficient and convenient "air corridor" linking the two countries, and many flagship cooperation projects including Belgrade-Budapest railway have achieved progress, the Chinese foreign minister said.

Wang said China supports its enterprises to invest and develop in Hungary and carry out vaccine cooperation with the Hungarian side in compliance with laws and regulations, and China will continue facilitating Hungarian procurement of anti-pandemic goods and materials in China.

In the face of the pandemic, Wang said, the cooperative mechanism between China and the CEEC, or the "17+1 cooperation," has played a positive role in their joint efforts in combating the pandemic, which demonstrated the endogenous power of the mechanism and the needs of all countries.

Hungary is an important participant in the "17+1 cooperation," and China is ready to work with Hungary and other CEE countries to carry out exchanges and cooperation in various fields under the mechanism in a flexible manner, Wang said.

Since the international situation has entered a period of turbulence and change, Wang said, China and Hungary should strengthen strategic communication and coordination to safeguard the legitimate rights and interests of the two countries and contribute to promoting world peace and stability.

He said he expects Hungary to continue playing a positive role in maintaining and promoting ties between China and Europe.

Szijjarto spoke highly of the significant results achieved in anti-epidemic cooperation between the two countries, and expressed hope that China will continue providing support and convenience for Hungary's procurement of anti-epidemic medicines and vaccines in China.

Developing relations with China and promoting Europe-China friendship are in the interest of Hungary, he said.

Hungary opposes foreign forces' interference in China's domestic affairs, and it will continue to promote Hungary-China ties on the basis of mutual respect, and play an active role in the healthy development of the Europe-China relationship, Szijjarto said.

The Hungarian foreign minister said China is welcome to broaden investment in his country, which will never adopt discriminative policies against Chinese enterprises, adding that Hungary will always be a staunch supporter of the "17+1 cooperation."