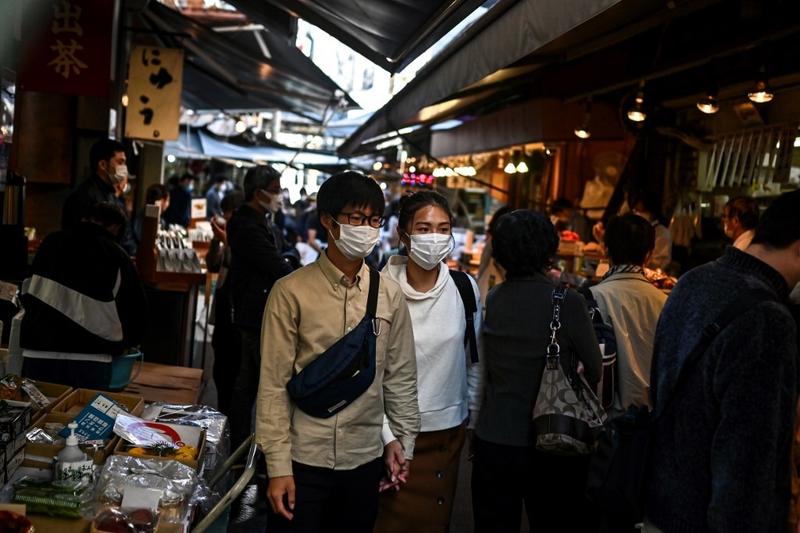 People walk through an alley at a market in Tokyo's Tsukiji area on Nov 21, 2020. (CHARLY TRIBALLEAU / AFP)

The partial suspension of the domestic travel campaign marks a change in direction for the government, which was holding back on curtailing a domestic travel subsidy programme.

Suga has been attempting a balancing act of revitalising Japan’s hard-hit economy while keeping the spread of the coronavirus under control. However, an expert panel recommended on Friday that the government curtail the programme if there is a further rise in cases.

New coronavirus cases have continued to climb nationally. In Tokyo, the daily infection rate reached a record 539 cases on Saturday. 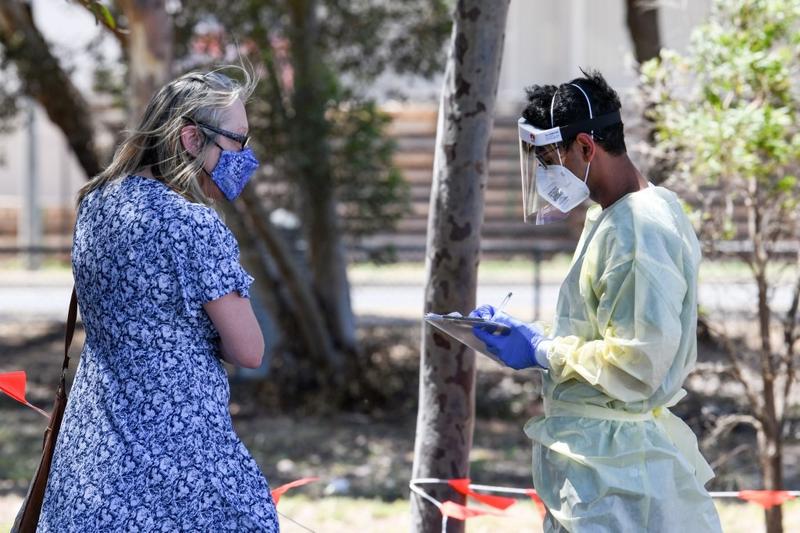 Medical staff talk to people at a walk in station at Parafield Airport in Adelaide, Australia, during day one of total lockdown across the state to fight COVID-19 on Nov 18, 2020. (BRENTON EDWARDS / AFP)

South Australia has contained a coronavirus cluster and will ease its strict lockdown restrictions on Saturday at midnight, the state premier said.

At least 26 cases have been linked to the cluster. While one new infection was detected in the past 24 hours, there have been no additional local cases. About 5,400 people who have been identified as close contacts to those in the infected group have been placed in quarantine.

The state was plunged into one of the strictest lockdowns in the world on Thursday, after contact tracers believed a man became infected after buying a takeaway pizza. It turns out he lied to contact tracers and had worked at the restaurant.

India's COVID-19 tally reached 9,050,597 on Saturday even as 46,232 new cases were registered during the past 24 hours, said the latest data from the health ministry.

According to the data, the death toll mounted to 132,726 as 564 more patients died since Friday morning.

There are still 439,747 active cases in the country, while 8,478,124 people have been discharged from hospitals after medical treatment, added the ministry's latest data.

According to the ministry, 3,403 more people were discharged from hospitals, bringing the total number of recovered patients to 413,955.

The virus has spread to all the country's 34 provinces.

Iran, the hardest-hit country in the Middle East region, reported 479 new deaths from the coronavirus in the past 24 hours, bringing the death toll to 43,896.

A total of 589,025 coronavirus patients have recovered in Iran, with 5,756 still in critical condition.

A total of 21 more locally transmitted COVID-19 cases were confirmed across Mongolia on Saturday, taking the national total to 578, according to the country's National Center for Communicable Diseases.

Of the confirmed cases, 337 people have recovered so far, according to the center.

New Zealand reported six new cases of COVID-19 with five imported and one in the community on Saturday, said the Ministry of Health in a statement.

The five imported cases were recent returnees in managed isolation, and the community case was a border worker already in quarantine for the past two weeks, said the ministry.

The border worker, who tested positive after 12 days in quarantine, was a close contact of one of the existing positive cases in the November Auckland cluster. The individual had a negative test seven days earlier.

There are currently 42 active cases of COVID-19 in New Zealand and the total number of confirmed cases in the country has reached 1,663.

All Of the new cases are imported cases. 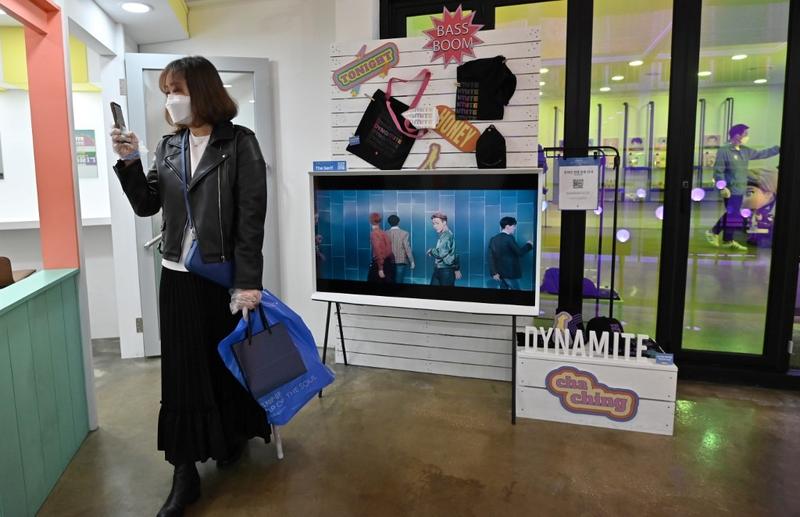 South Korea’s third wave of COVID-19 continued on Saturday after medical groups called for stricter social-distancing curbs and the government warned of tougher measures if infections are not quickly contained.

The Korea Disease Control and Prevention Agency reported 386 new daily coronavirus cases as of Friday midnight, bringing total infections to 30,403, with 503 deaths. New cases topped 300 for the fourth day in a row, after Tuesday saw the highest since August.

Without effective measures such as stricter distancing, the daily tally could reach 1,000 in the next two weeks, the Korean Society of Infectious Diseases and eight other medical societies warned.

A Karen man at a refugee camp in northwestern Thailand was found infected with the COVID-19, said a Thai government official on Saturday.

The 48-year-old Karen refugee took a natural path along the Thai-Myanmar border in Phop Phra district of Tak province to slip into Karen state of Myanmar earlier this month. He then managed to return to Umpiem camp where he has been given shelter in the Thai border district, according to district permanent secretary Phuwadon Khaokhlueng.

The man was believed to have been infected with the coronavirus inside Myanmar territory after he had quietly left the refugee camp in a border area of Phop Phra district, Phuwadon said.

The infected refugee was sent to Phop Phra hospital while about 10 people, known to have earlier made contact with him, have undergone a test for the infectious disease, the district permanent secretary said.

Authorities have stepped up anti-pandemic measures throughout the Thai border district, he said.

Philippine President Rodrigo Duterte has approved ending a ban on deploying the nation’s healthcare workers, his labour minister said on Saturday, clearing the way for thousands of nurses to take up jobs overseas.

But to ensure the Philippines, which has the second-highest number of COVID-19 cases and deaths in Southeast Asia, will have enough medical professionals to fight the pandemic, only 5,000 healthcare workers will be allowed to leave every year, Bello said. 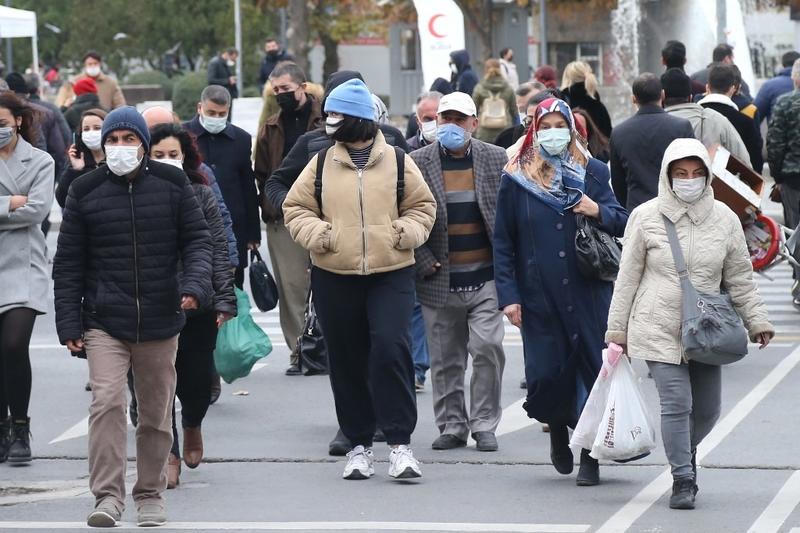 Turkey reported 5,103 new COVID-19 patients on Friday, raising the total number of cases in the country to 435,273, the Turkish Health Ministry announced.