There’s no shortage of films out there right now about how grim the world was, is and will be; about our collective failings as a species and our seemingly endless capacity for inflicting misery on each other. Those films aren’t mean, or misguided, or for that matter even inaccurate, but every so often it’s nice to take a little break from the grim.

Which does not preclude taking a break from reality. That’s the fine line first time feature filmmaking duo Leung Ming-kai and Kate Reilly walk in Memories to Choke On, Drinks to Wash Them Down. An anthology of sorts — Leung and Reilly were responsible for all four entries — the film dunks viewers into the everyday workings of contemporary Hong Kong, and instead of wallowing in all that’s broken about it, revels in its singular, charming oddities, from clearly differing perspectives.

The first segment pivots on a day trip two women take to the city from an outlying village. One is an elderly woman (Leong Cheok-mei), possibly suffering dementia, and the other is her caregiver (Mia Mungil). They seem polar opposites but they’re really very similar: both are immigrants living in the margins. But Leung and Reilly like to play in the margins, and “Forbidden City” delicately showcases a bond that’s often overlooked and undervalued by most Hong Kong people. 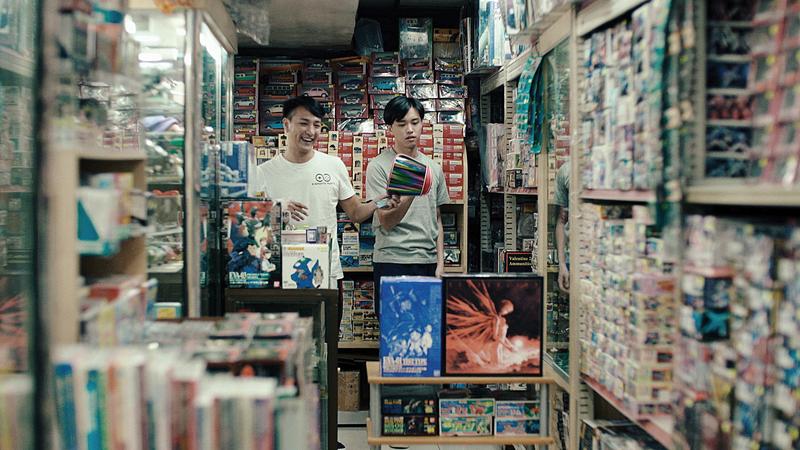 In “Toy Stories,” two brothers spend a night in the toy shop they grew up in after their mother decides to sell it. The younger brother (Zeno Koo, i’m livin’ it) has entrepreneurial ambitions that are quashed by the elder (Lam Yiu-sing, Suk Suk), who has a wife and children. For a little while they let the demands of everyday life slip away and wade into the memory of their shared childhood.

“Yuen Yeung” stars Gregory Wong (29+1) and co-director Reilly as possible romantic partners who explore the city — and each other — over the course of a year through some of Hong Kong’s most familiar foods. And rounding out the quartet is the only documentary entry, “It’s Not Gonna be Fun,” which tracks a Sham Shui Po barista-turned-politician’s (Jessica Lam) quest for a spot on the district council.

Shot in multiple formats with varying tones and on something of a shoestring budget, the film reflects the city back at us and asks us to recognize ourselves, warts and all. It’s the kind of gentle, observational cinema that’s rare in 2020, and the kind you leave convinced didn’t say anything much but find yourself thinking about a week later.

Leung and Reilly have a light touch, and never let the material get bogged down in self-indulgent navel-gazing. They also get out of the way and make room for the cast (in particular Wong, Koo and Leong) to make the character sketches fully resonant. And familiarity is a strength here. Few Hong Kong people haven’t ducked into an arcade to find a Gundam action figure, and just as infrequent are newcomers who haven’t balked at the idea of butter, peanut butter and condensed milk on fat toast (or “worse,” and also delicious). Memories to Choke On, Drinks to Wash Them Down is a charmingly fleet, modest, but assured reminder of why we live in this city, warts and all.