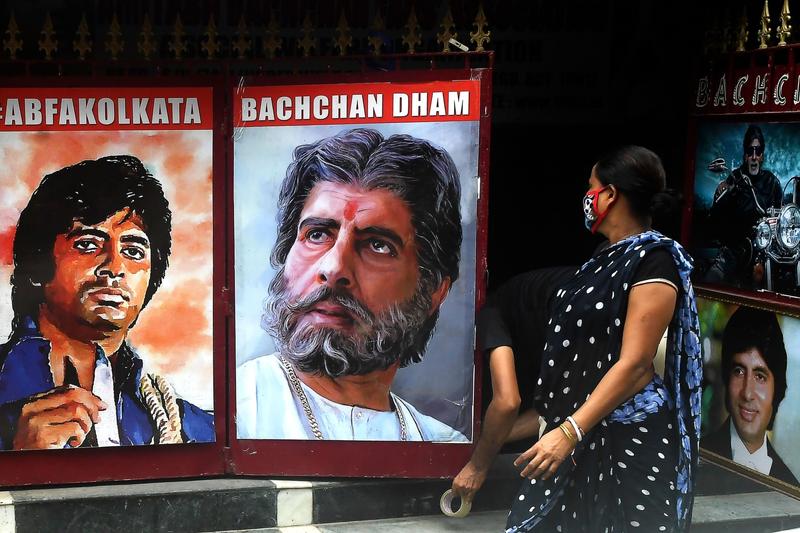 As India saw a record jump in coronavirus cases over the weekend, the bulk of the nation’s attention was on Amitabh Bachchan, the country’s biggest movie star, and his family, who are now among the 878,000-plus infected.

Bachchan’s illness also highlighted one of India’s most acute and chronic inequalities that’s been accentuated by the pandemic: access to quality health care

The 77-year-old Bollywood patriarch’s image is ubiquitous across the country on advertisements for everything from hair oil to cement, and his infection -- along with actor son Abhishek, daughter-in-law Aishwarya Rai and granddaughter Aaradhya -- ignited something akin to an outpouring of national grief.

Bachchan’s illness also highlighted one of India’s most acute and chronic inequalities that’s been accentuated by the pandemic: access to quality health care. He and his son were hospitalized in one of Mumbai’s best private hospitals, although they had only mild symptoms, at a time when ordinary citizens have been struggling to find a bed in crowded state-run hospitals, or are being denied medical care by private facilities outright.

As India struggles to contain the world’s third-largest outbreak -- adding nearly 30,000 new cases every day -- such inequalities will make it even harder to stem the pathogen’s spread.

“The double standard is the rich get treated in India and the poor don’t,” said Leena Menghaney, a lawyer and public health activist based in New Delhi. “That’s very starkly played out in the fact Amitabh Bachchan has survived tuberculosis, he’s survived Hepatitis B, and now he will get some of the best treatment for COVID-19.” 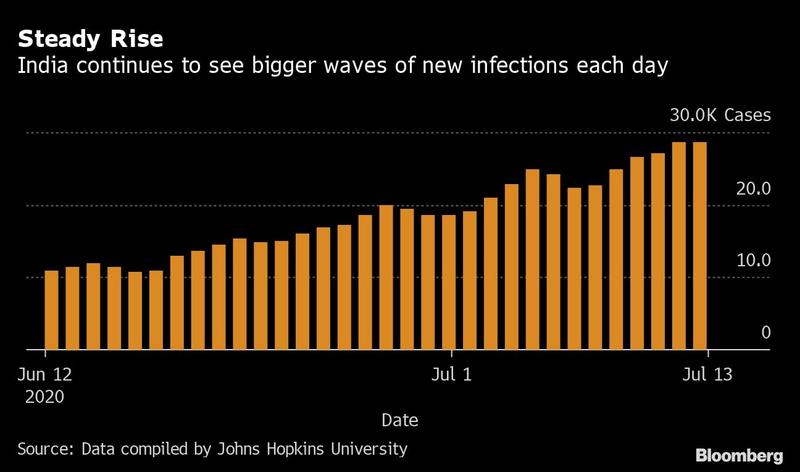 As the outbreak intensified in recent months, government hospitals have become overwhelmed -- especially in Mumbai and New Delhi, the two worst-hit cities. Widely reported instances of some private hospitals and doctors refusing to treat COVID-19 patients, although the private sector accounts for around 60 percent of India’s total hospital bed capacity, has been blamed for deepening the crisis.

Shocking stories abound: a patient in Mumbai was asked to sleep on the floor until a bed was available in state-run facility, while another woman suffering brain damage was turned away by private hospitals which would not treat her unless she had a certificate proving she was virus-free. A pregnant woman died in May after being denied help by three private hospitals in the outskirts of Mumbai.

The health care facilities in Mumbai have since been bolstered, with the local government taking over 80 percent of the beds in private hospitals, drafting doctors into compulsory virus duty and setting up a dashboard showing the availability of beds for COVID-19 patients. But the speed and ease with which citizens can access these facilities differs. 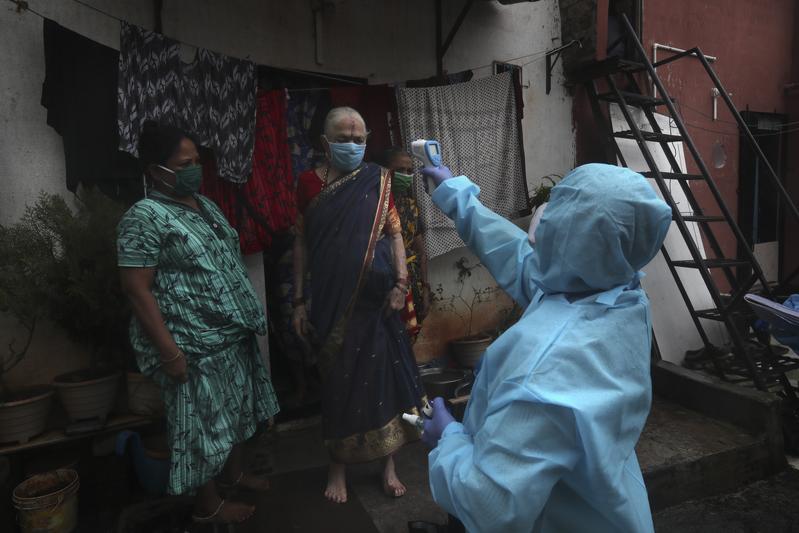 In June, a government survey conducted by Ayushman Bharat, an agency that administers a health insurance scheme for the poor, found that 22 of 101 private hospitals had provided so few services that they were deemed inactive. Out of a group of 96 private hospitals asked if they’d provided any COVID-19 treatment, 81 said no.

The Bachchans encountered no such difficulties when they fell ill and were admitted to Mumbai’s Nanavati Hospital, a private facility close to their home.

While other actors of his generation have seen their fame fade away, Bachchan has only grown in stature. Besides dozens of endorsement deals and critically acclaimed film work, he also hosts the Indian edition of “Who Wants to Be a Millionaire?” and cameod in the 2013 Hollywood film, The Great Gatsby.

His son Abhishek, also a superstar, is married to actress and former beauty queen Aishwarya Rai in one of Asia’s most famous and photogenic unions.

Despite the Bachchans’ infection, COVID-19 remains largely a disease of the poor in India, with hot spots concentrated in slums and tenements where social distancing is all but impossible. Many there depend on daily wages and cannot work from home. And even if beds are available in private hospitals, few can afford them.

As the lockdown is eased across India and Mumbai’s elite start allowing their cleaners, cooks and drivers to return to their homes, the health of the city’s richest people will remain intertwined with its poorest.

“The private health-care system has completely failed on this occasion. The message is that if you don’t pay to take care of the health of the poorest, the richest are also not going to be safe,” said T. Sundararaman, the New Delhi based global coordinator of the People’s Health Movement, a health care access advocacy group. “Therefore universal access to health care should be seen as a universal public good.”