Online gaming companies have been on a roll, posting impressive profits as the coronavirus outbreak crippled social and economic life. Industry leaders say the trend will continue in the post-pandemic world with a growing number of gaming fans. Pamela Lin reports from Hong Kong. 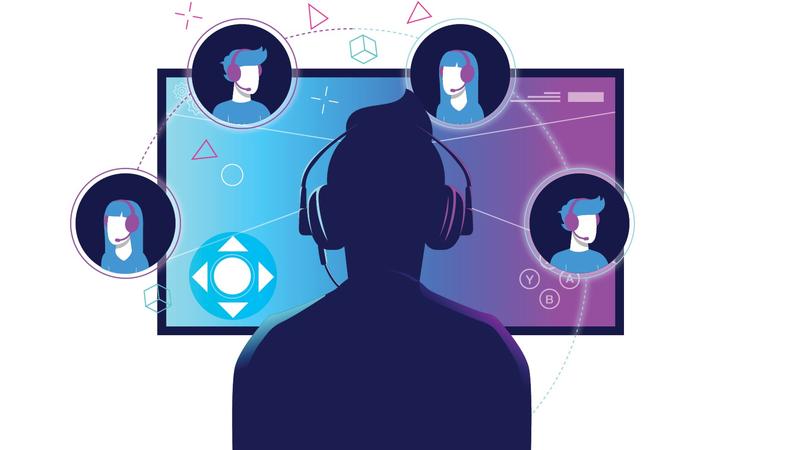 Seeing friends post clips on social media about their virtual lives with adorable anthropomorphic animals while lying on stunning beaches and creating island villages during the pandemic lockdown inspired Sida Wang to do the same.

Until recently, Wang barely played video games in her spare time, but picked up the habit in the midst of the coronavirus pandemic, managing her virtual life on an island and interacting with real-life friends online through Ninetendo’s Animal Crossing game.

“The coronavirus pandemic, which had everybody cooped up at home, has helped me reconnect with alienated friends through video games that are also entertaining,” she said.

Kitty Chen, vice-president of sales and marketing in China at Razer

Although life is gradually returning to normal as social distancing restrictions are eased, Wang still tries to squeeze some time into socializing with her friends on her “island”.

The COVID-19 pandemic has been an immense catalyst for the online gaming business, with people who are confined to their homes by stringent social-distancing rules taking to online games as one of the few pastimes available, and a way to socially interact.

In the past few months, the online engagement ratio had soared as more gamers started to pay, and the online gaming industry has received a shot in the arm from the stay-at-home orders, said Zhang Yi, CEO and chief analyst of iiMedia Research, a data mining and analysis organization for new-economy industries.

In the first three months of this year, China’s mobile-games market made record gains, raking in almost 55 billion yuan (US$78.4 billion) in revenue — a year-on-year growth of 49 percent — according to Chinese mainland gaming data company CNG.

US-based telecommunications conglomerate Verizon found that overall internet gaming-related traffic has surged 75 percent since social restrictions were imposed in the United States during the pandemic, which has crippled the social and financial community.

Gaming companies used to maximize their income by increasing their in-game payment range for frequent players, but recently found that players who don’t usually pay began doing so, Zhang said.

Most online gaming companies in China have seen handsome revenue growth of 30 percent or more during the pandemic, Zhang said, adding that it’s a breakthrough for the nation’s internet games market.

In the long period of stasis, when most businesses are struggling, those within the video-game ecosystem around the globe are bucking the trend, seeing solid quarterly results in the first three months of this year.

Betting on sustained growth in the gaming business, Zhang sees cloud games as the next “big thing” for China’s overall gaming sector, as construction of new infrastructure, such as 5G networks and data centers, accelerates.

Relying on internet streaming to deliver games, cloud gaming requires a persistent internet connection and fast internet speed in which the efficacy of the 5G network can be reflected.

In a recent report, iiMedia Research estimated that the number of cloud game users will hit 658 million in China by 2023. Since the beginning of this year, telecoms, internet and cloud service providers in China have been strengthening strategic cooperation in the cloud-gaming industry.

Getting a boost from fledgling 5G

Shenzhen-based Tencent said in March it will launch a co-innovation lab with Huawei Technologies to develop a cloud-game platform.

The industry has clearly benefited from substantial progress in the 5G network, Zhang said, adding that the new infrastructure, such as 5G, the cloud and virtual reality, leaves quite a lot of room for game creators’ imaginations.

“We’ve already seen some good traction since the beginning of the year with the launch of the Razer Kishi mobile controller, which earned rave reviews from the market,” said Kitty Chen, Razer’s vice-president of sales and marketing in China.

The increased gaming and e-sports activities in light of COVID-19 have led to a significant surge in daily user activity on Razer’s software platform and in Razer Gold usage.

“The pandemic has accelerated lots of things we originally envisaged would take place in three to five years,” Chen said. “We’re optimistic about our fundamentals and market potential as we see pockets of growth opportunities across our ecosystem of hardware, software and services.”

Yat Siu, co-founder and chairman of Animoca Brands, a game developer based in Hong Kong, observed that the overall traffic and usage in gaming has increased, with some gamers playing more games and investing more time while new players join in on the gaming field.

As one of the early adopters of blockchain gaming, Siu said Animoca Brands’ blockchain gaming has seen growing usage during the pandemic, such as its blockchain-based F1 Delta Time, which includes the collection and trading of one-of-a-kind cars, drivers and components as unique tokens.

Another one of Animoca’s blockchain-based games, The Sandbox, offers a virtual metaverse in which creators and players can purchase unique token game items to populate game experiences.

“We weren’t sure during the COVID-19 outbreak if people would buy these virtual lands. But it turned out they were sold out in five hours during our third virtual-land presale,” Siu said.

With blockchain technology, which emphasizes decentralization and transparency, players can securely store their in-game assets and truly own the assets they purchased in the game as every in-game transaction is validated on every single token.

Siu believes that blockchain depicts what the future gaming landscape could be like.

Looking forward, industry leaders expect the growing trend of the gaming industry to continue in the post-pandemic world rather than flame out as a flash in the pan.

“The growth will continue considering that gamers have invested a lot in the game, and the community has been built,” Siu said, adding that gaming has become a social networking thing, and the forming of habits has taken place.

Zhang agrees, saying players won’t easily shake off their gaming habits attained during months of lockdowns. Besides, added incentives, such as 5G technologies and corresponding gaming hardware, will promote the output of gaming contents to enhance user stickiness.