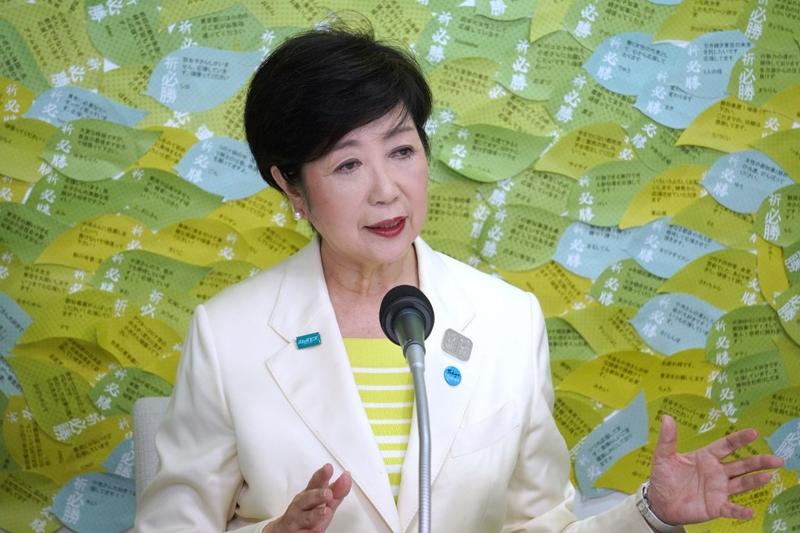 "I am very happy, and simultaneously feel the heaviness of the responsibility," the 67-year-old politician said in a televised address as exit polls suggested she was likely to score a landslide victory.

Koike vowed to seriously deal with a second wave of COVID-19 and coordinate with the International Olympic Committee over the postponed Olympics and Paralympics in 2021.

Koike, the first female governor of the Japanese capital, also said she could not feel completely happy as Tokyo was facing a possible second wave of the pandemic.

"This is a critical time to be prepared for the second wave of coronavirus. We would like to respond firmly," she said.

Koike ran as an independent and beat 21 challengers, including Kenji Utsunomiya, 73, a former head of the Japan Federation of Bar Associations, Taro Yamamoto, 45, a former actor and leader of the anti-establishment party Reiwa Shinsengumi, and Taisuke Ono, 46, a former vice governor of Kumamoto Prefecture.