All the web’s a stage

In the final installment of a five-part series on how Hong Kong’s creative industries are coping with the COVID-19-induced crises, Zhao Ruinan finds out what the city’s dance and theater practitioners have been up to in the absence of a live audience. 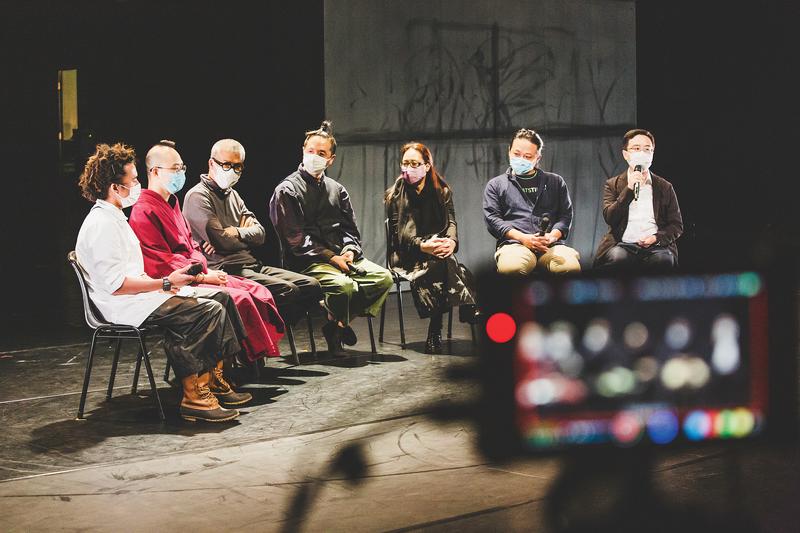 While artists around the world have been affected by the COVID-19 outbreak, its impact is perhaps the deadliest on those who earn their living from performance art, as few other art forms are as dependent on a live audience. In Hong Kong too several shows had to be cancelled or postponed soon after the first few COVID-19 cases were reported in January end, resulting in losses worth millions of dollars.

Hong Kong Arts Festival, the city’s flagship six-week-long performance art event featuring some of the finest acts from around the world, was the first casualty. The city’s nine publicly-funded performance art companies have not had a chance to play to a live audience so far. 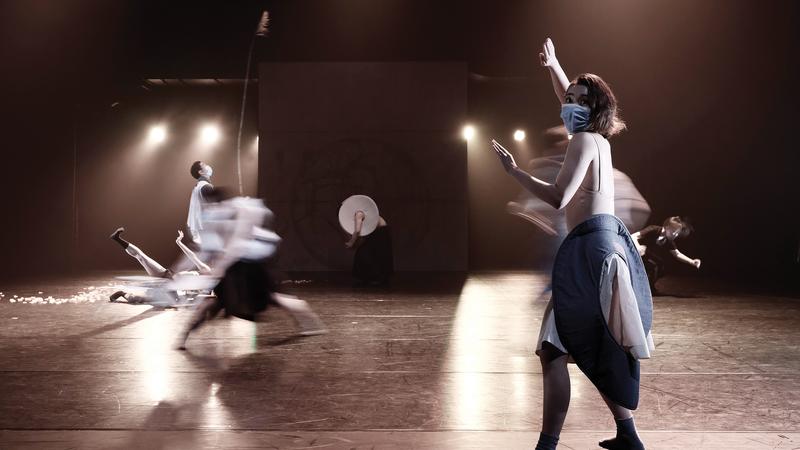 However, the crisis has prompted the city’s dance and theater companies to find new, innovative ways to connect with the audiences who have been barred from cultural venues to contain the spread of the virus.

Among these companies, several have shared content from their digital archives, including recordings of panel discussions, workshops and performances on Facebook and YouTube, turning these social media platforms into a temporary stage in the virtual space.

For instance, Hong Kong Dance Company streamed  recordings of six of their production on YouTube. Each of these was uploaded on a Saturday evening and was available to view for a week. A digital rerun of Hong Kong’s prominent stage director Tang Shu-wing’s interpretation of the classic Greek tragedy Antigone — staged open air, against the background of the sea in West Kowloon Cultural District in 2016 — was accessible from May 1 to 8. 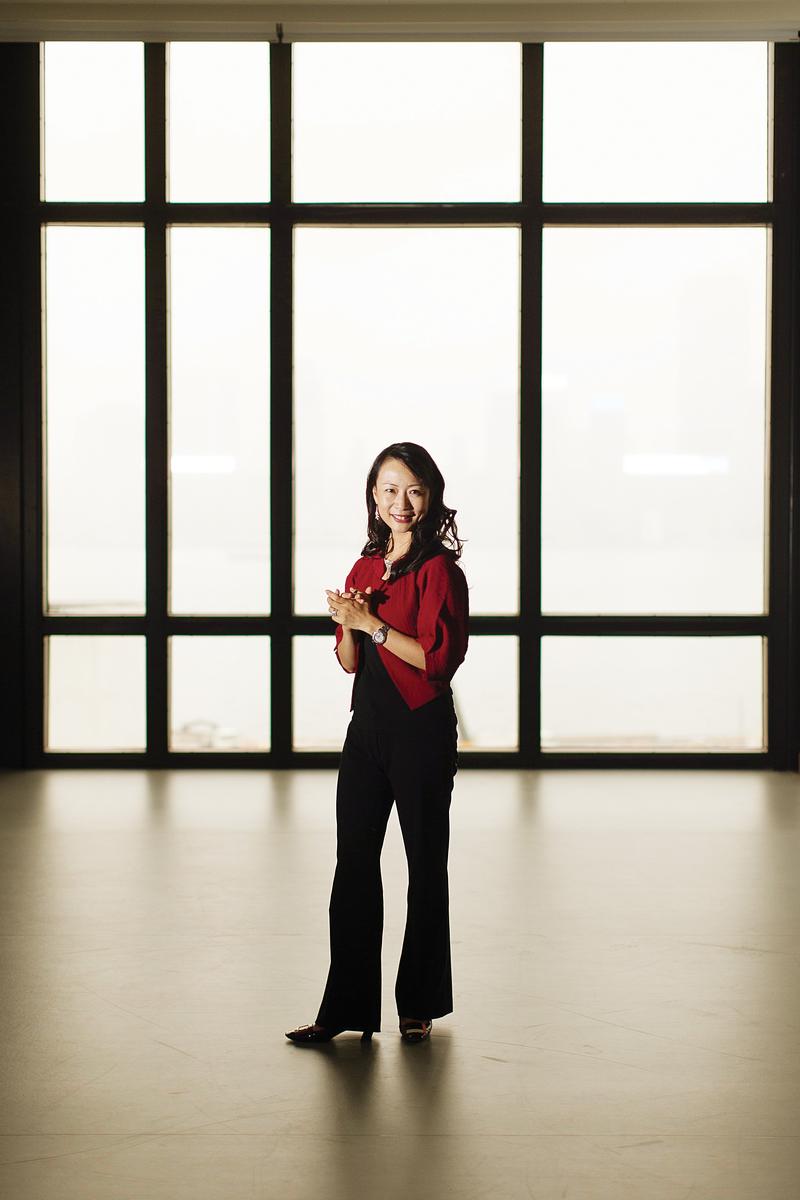 Dancer and Academic Anna Chan says online streaming has the potential to bring new audiences to the theaters. (PHOTO PROVIDED TO CHINA DAILY)

However, performance art companies are going beyond digging out recordings from the archive for online streaming. They are making value additions to old productions in a variety of ways, including hosting live-streamed behind-the-scenes talk and dance classes that people can learn from at home. Dancers from Hong Kong Ballet even shared their favorite recipes online, showcasing their creative styles as well as sharing tips on healthy eating at one go.

On April 30, CCDC live-streamed a rehearsal of their new dance theater piece “○” choreographed by Xing Liang. Originally scheduled for staging at Kwai Tsing Theatre from May 1 to 10, the show had to be postponed to 2021. 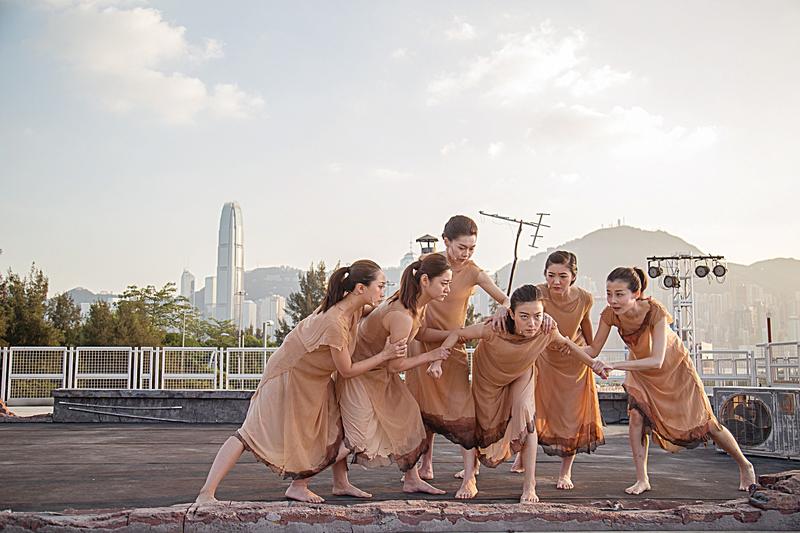 “We are blazing a path of our own into an uncharted territory,” he adds. “It’s totally different from a TV dance show or flipping a piece of archive online. We have to go over every detail before we set sail. For example, (we have to consider) how we can put body movements into a restricted frame using multiple cameras.”

To give audiences a feel of live performance through video, one is required to dance in sync with technology, he adds. 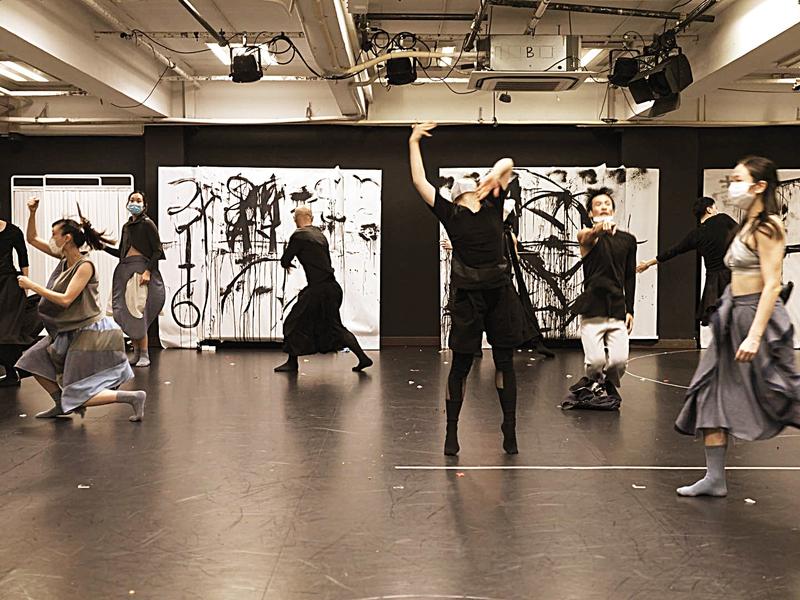 Audiences were treated to a live-streamed rehearsal of City Contemporary Dance Company’s new production “○”, the premiere of which has been postponed to 2021. (PHOTO PROVIDED TO CHINA DAILY)

Luo Li, a dance lover who enjoyed the show online, says he felt close and connected to CCDC because they shared how they run rehearsals with the audience before streaming the show.

“What CCDC did serves as a wonderful gesture of bonding, especially during this time,” he says, adding that getting access to a rehearsal felt like being treated as a trusted friend of the company.

Encouraged by the audience response, CCDC launched a new YouTube channel on April 30 to present a set of online programs once a week — a combination of archived and live-streamed performances as well as talk shows. 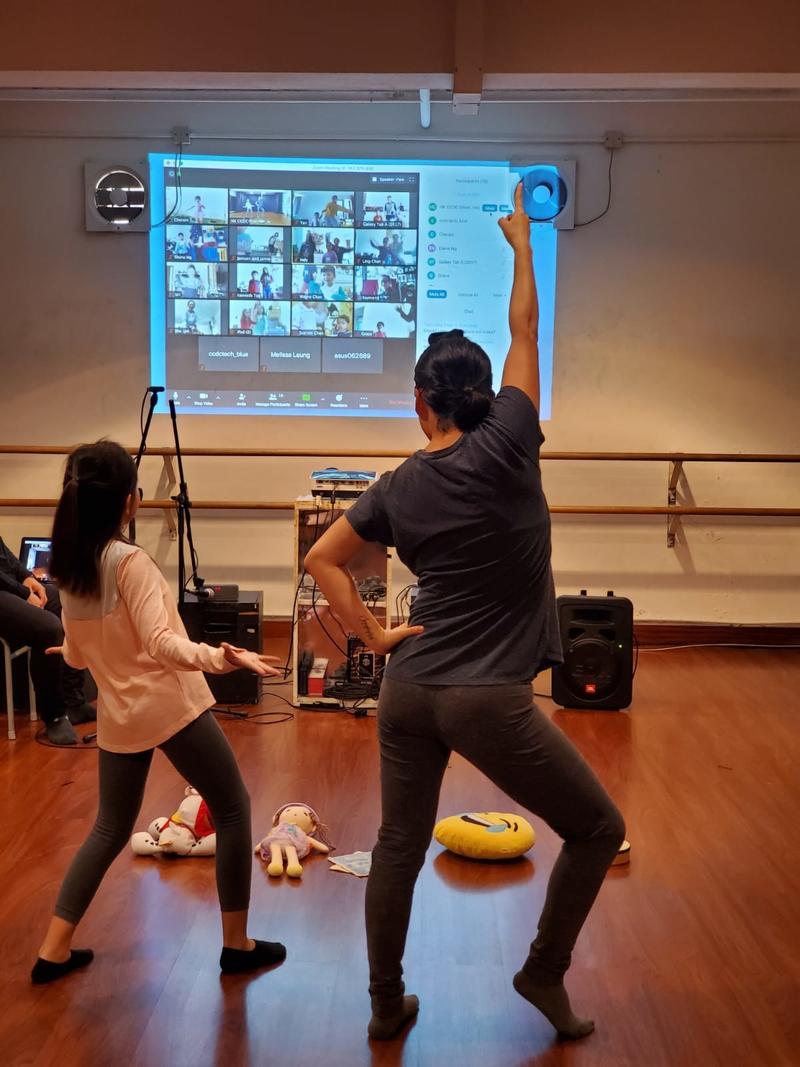 City Contemporary Dance Company’s online classes are on in full swing in the time of social distancing. (PHOTO PROVIDED TO CHINA DAILY)

The Internet enables performance art companies to tap into a broader global clientele, much bigger and varied than in any theater in Hong Kong. While the majority of CCDC’s audiences so far were from Hong Kong, now these shows could be seen on the Chinese mainland, in Singapore and elsewhere, allowing audiences from different cultures  to compare notes after the show.

Anna Chan Chung-ying, dean of the School of Dance at the Hong Kong Academy for Performing Arts (HKAPA), sees the trend of streaming shows online as an opportunity to get more people involved in the world of art.

“People who perhaps never saw a live performance have now, through the Internet, started to develop an interest in the performing arts. When the situation gets better, they may be willing to walk into a theater,” says Chan. 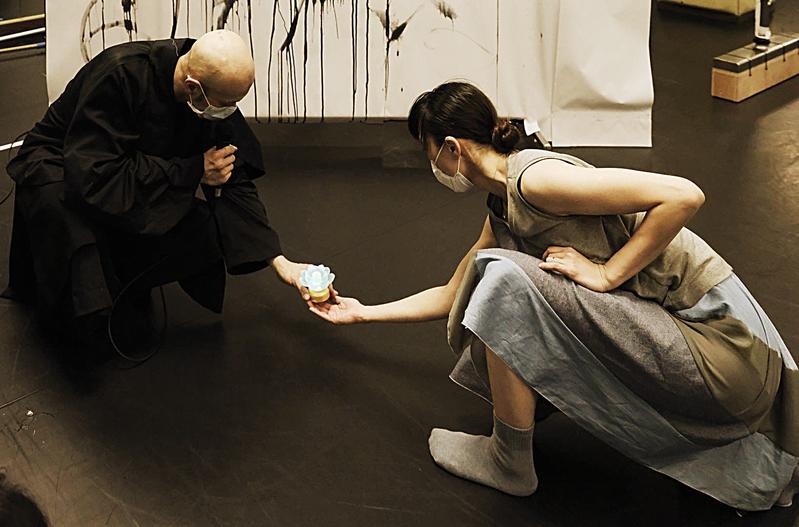 Dancers rehearsing the Xing Liang-choreographed piece “○” did not take their masks off while shooting for a version that was live-streamed. (PHOTO PROVIDED TO CHINA DAILY)

Expectedly, newer ways of interacting with viewers online are evolving. In CCDC’s April 30 online show, the company’s director, stage and costume designers shared behind-the-scenes stories. The audience was invited to ask questions in the comments section.

Hong Kong Repertory Theatre (HKRT) selected 10 of their classic archived dramas and asked people to vote for their favorites on Facebook. The top five selected through audience votes were released online for free. The HKRT also initiated an online writing project in April, encouraging people to put their experiences in the time of a raging pandemic into words, either in the form of a journal, play or essay. Actors will read the 30 best works selected by the company and video recordings of the same will be posted online.

“It’s also a time for people to reflect on their personal lives and modern society. What happened during this critical time is worth writing down,” says Sunnie Lai Hui-yan, senior manager (production), HKRT. 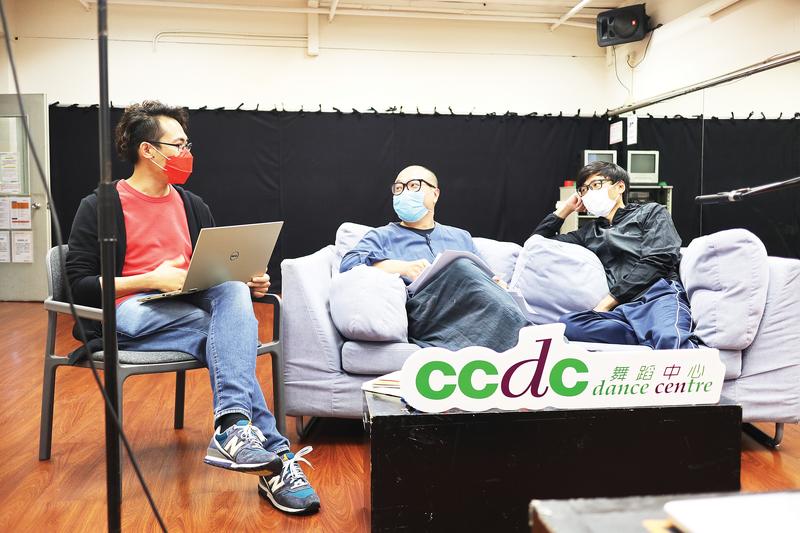 Technological innovation has great potential for the arts, says Paul Tam, executive director of Performing Arts of West Kowloon Cultural District, whether it is used to aid presenting a piece of art to an audience or enhance its economic viability.

“I expect to see great leaps our sector will make toward more technological integration.”

While technology has enabled performance art companies to reach their products to people’s homes, both artists and audiences have been missing the live shows. The city’s performance venues remain shut as the Hong Kong government is yet to lift the social distancing orders. Although dance and theater companies have begun to make new season announcements, audiences in the city cannot expect to watch a live show at least until July. 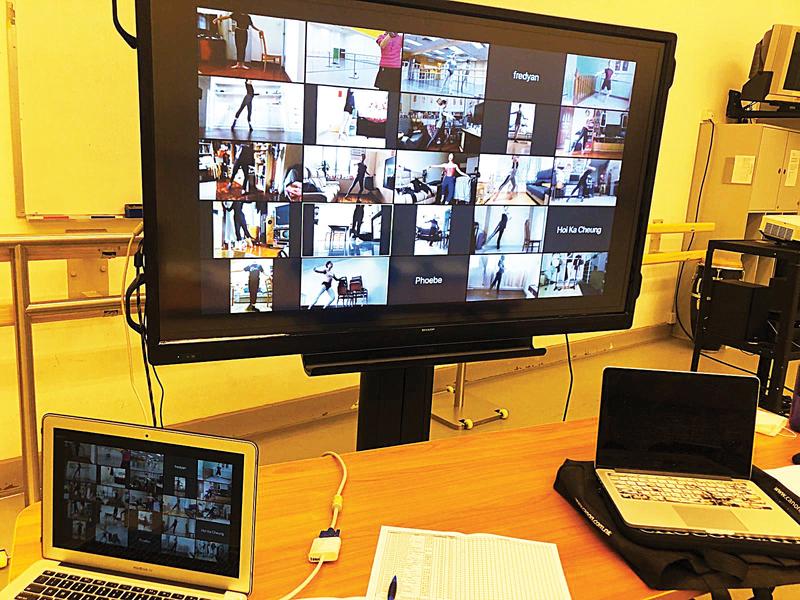 An online ballet class with participants from the Hong Kong Academy for Performing Arts in progress. (PHOTO PROVIDED TO CHINA DAILY)

Wong says the losses from not being able to put on live shows for the past several months are already quite huge. “So we have an idea to keep the online program as part of our business even after the end of the COVID-19 saga. Now the (CCDC online streaming) channel is free but we might explore a way to make a profit, such as by planting commercials or putting up pay walls,” Wong says.

Despite receiving government subsidies, CCDC has seen a financial loss of over HK$2 million (US$258,000), thanks to COVID-19. Expectedly, private companies and independent artists have had it a lot harder.

Irene Lo, an award-winning freelance dancer, says the gigs stopped coming her way since January end, soon after the first COVID-19 case was reported in Hong Kong. The classes she gave at HKAPA had to be suspended. 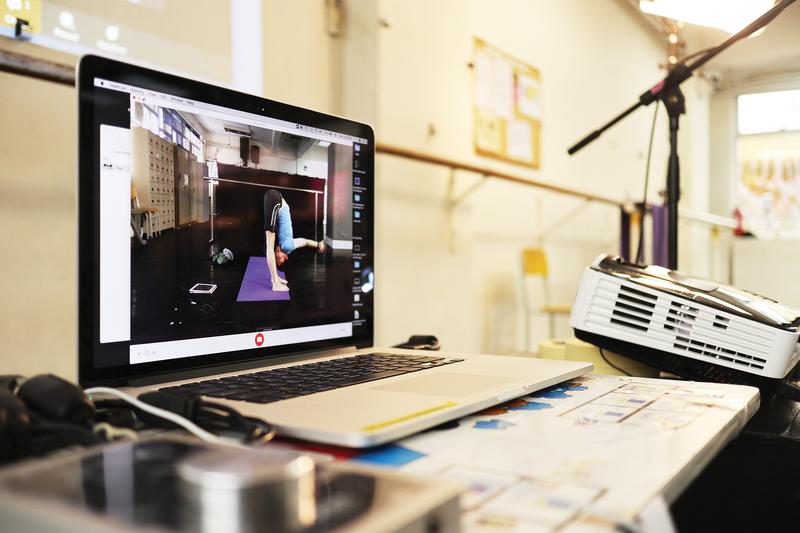 City Contemporary Dance Company is considering monetizing some of its online programs in a post-COVID-19 scenario. (PHOTO PROVIDED TO CHINA DAILY)

“I was so upset and distressed at that time and would break into tears while talking to my friends,” she says. Her friends suggested she start teaching online.

So she did just that and soon after she had begun CCDC invited her to teach professional dancers online, to help keep them better prepared for upcoming rehearsals.

“It’s a pretty difficult time for dancers. They have been isolated at home without proper training equipment. I have to ensure their physical and mental safety,” Lo says. 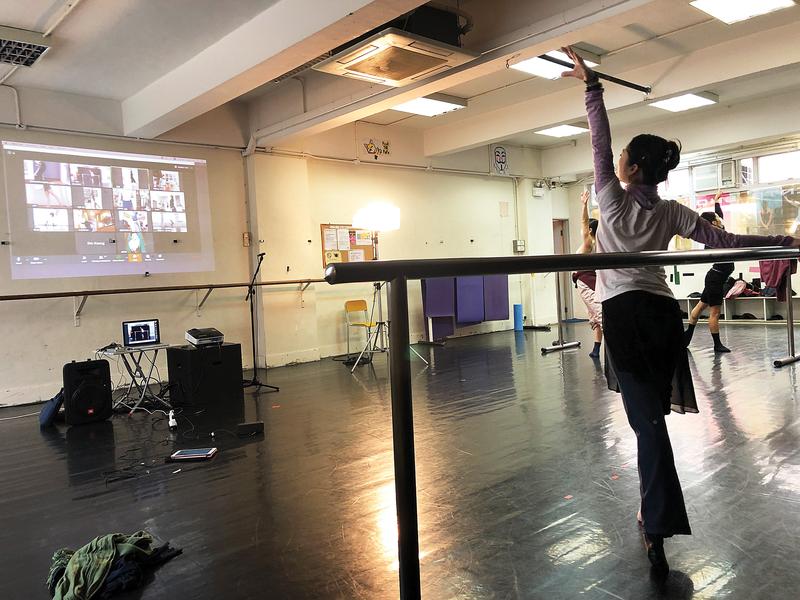 Irene Lo has been helping dancers who follow her online classes from home to stay safe and grounded, both physically and emotionally. (PHOTO PROVIDED TO CHINA DAILY)

No substitute for stage

While some people believe that COVID-19 has changed the way performance art is being viewed today, others, like theater personality Tang Shu-wing, insist, “It’s not a new thing.”

“Companies and big institutions worldwide have been doing this for a long time,” says the director of Tang Shu-wing Theatre Company.

The Kennedy Center in Washington and Metropolitan Opera in New York have had virtual avatars for many years. Videos of classic performances, such as Matthew Bourne’s adaptation of Swan Lake, are uploaded on free-to-access viewing platforms in order to retain interest from the community and get more people involved. 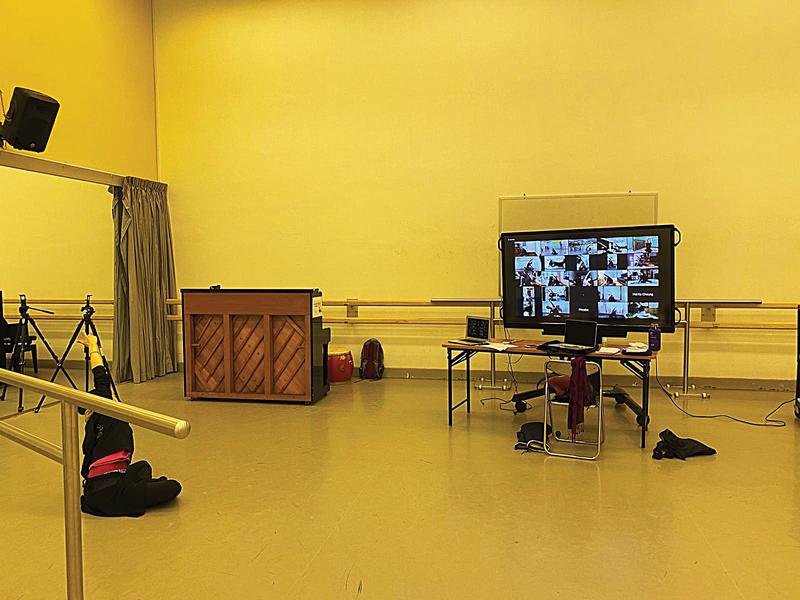 The Hong Kong Academy for Performing Arts' online dance classes have provided emotional succour to many of its viewers stuck at home. (PHOTO PROVIDED TO CHINA DAILY)

However, it is almost universally agreed that online viewing can never be a substitute for people coming together to enjoy a live show.

The language of the stage is more than just the script, plot, props and set design, says Tang. “The structure of a theatrical space, the lighting and the sound — the scenography — all add to the theatrical imagery, creating a unique aesthetic experience for the audience,” he adds.

His idea resonates with Walter Benjamin’s concept of “aura” in his influential essay, The Work of Art in the Age of Mechanical Reproduction (1936), where the German philosopher says even the most perfect reproduction of a work of art is lacking in one element: its presence in time and space, its unique existence at the place where it is performed. 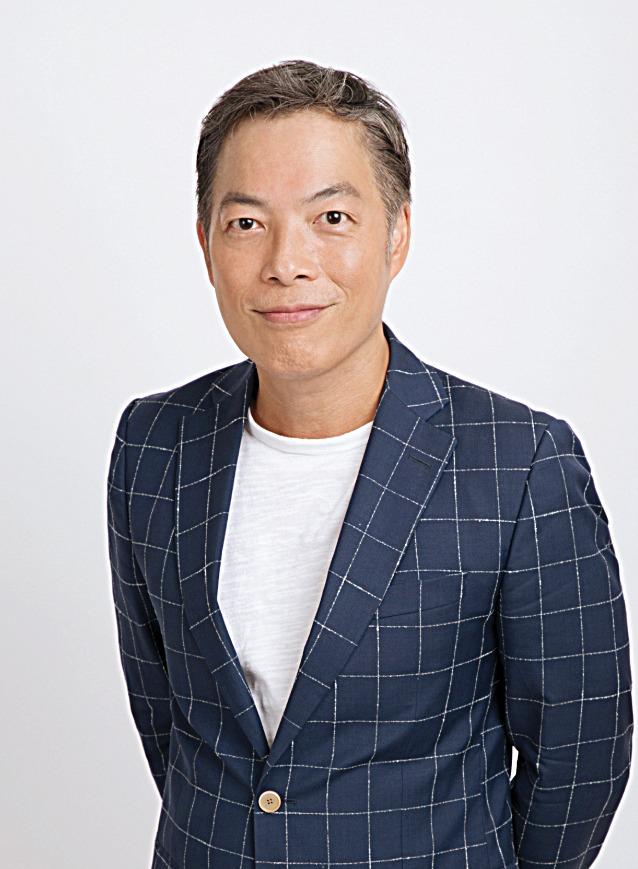 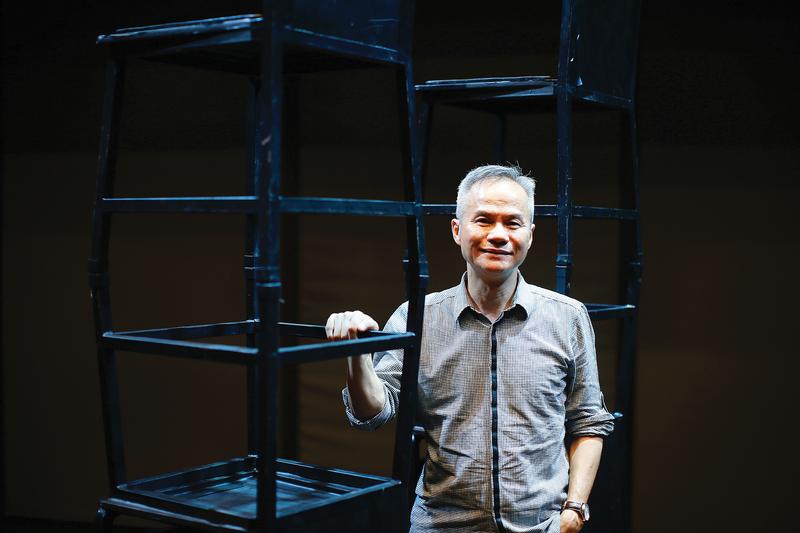 Indeed, lovers of live shows are itching to go back to the theaters, as much as the artists.

Avid theater-goer Chonsie  Li says the “chemistry” triggered by interactions between the audience and dancers in the playhouse can be magical.

“Every live show is unique and cannot be represented online. Also, immersing myself in the play allows me to get away from the drudgery of daily life,” she says.

“Digital has its place but live is the real thing,” adds Li.