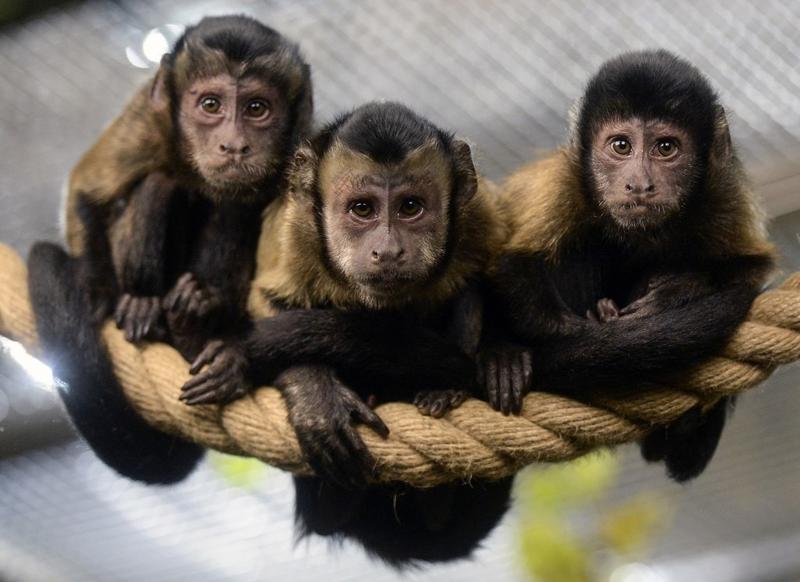 In this Oct 6, 2017 file photo, brown capuchin monkeys sit on a rope in an enclosure at the city zoo in Saint Petersburg. (OLGA MALTSEVA / AFP)

MOSCOW — A Siberian zoo that closed its doors to visitors for over two months due to the novel coronavirus says the lockdown has encouraged a baby boom among its animals.

“Judging by the baby boom, the lockdown has clearly been good for us because there are a lot of interesting and beautiful baby animals now,” said Andrei Gorban, the director of Krasnoyarsk’s Royev Ruchey Zoo.

Gorban said that while the absence of visitors had encouraged mating among some residents, it had confused others and prompted changes in their behaviour.

“Many (of the animals) are anxious because they really don’t understand what’s going on. They have this sort of look of expectation in their eyes,” said Gorban.

The zoo’s herd of camels are among those who appear to be missing visitors; they now follow every zoo employee who walks past their enclosure.

Gorban said that while there were advantages to the lack of visitors, the zoo’s finances were suffering.

Russian President Vladimir Putin ordered the lockdown measures in March to slow the spread of the coronavirus, although the country’s regions did have some say over local rules.