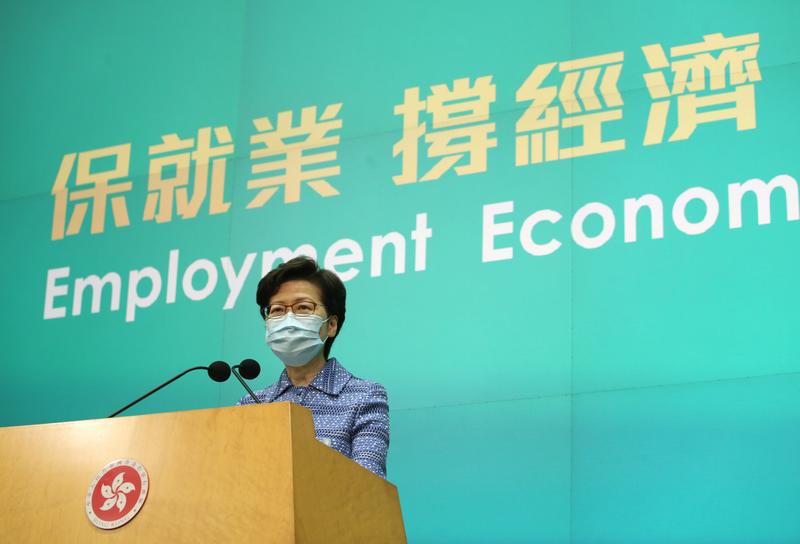 HONG KONG - Hong Kong Chief Executive Carrie Lam Cheng Yuet-ngor said Tuesday that Hong Kong’s karaoke parlors, night clubs, bath houses and party rooms, which have been shuttered as part of measures to contain the coronavirus, will be able to reopen after May 28.

Speaking to reporters ahead of a weekly executive meeting, Lam also said that airport transit service will gradually resume from June 1.

The epidemic has eased. We are resuming daily activities in society and economy step by step.

Beginning May 29, the aforementioned leisure establishments are obliged to contunue to stick to anti-pandemic stipulations.

The CE's move to ease the restrictions comes as Hong Kong slowly returns to normal after having no new local cases for 11 straight days and as schools are set to resume in phases starting Wednesday.

"The epidemic has eased," Lam said. "We are resuming daily activities in society and economy step by step.”

The government last week extended other restrictions - including a ban on gatherings of more than eight people - through June 4.

Also at the press conference, Lam stressed that a draft legislation on national security currently being debated in the National People's Congress is undoubtedly within the purview of the central government.

She dismissed speculations that the draft legislation would “erode” the special administrative region’s high-degree of autonomy.  The proposed legislation came with a sound and conclusive constitutional basis, which also shows the central government’s commitment to safeguard the HKSAR’s stability as it faces legal loopholes in national security, she reaffirmed.

The Hong Kong leader stressed that the central government is firm in carrying forward the legislation while the HKSAR government will cooperate with related legislation procedures.

Lam also acknowledged that public explanation on the legislation is important. She pledged to well educate school students and explain to the members of public the necessity of safeguarding national security and how it is closely related to daily life.

With inputs from agencies