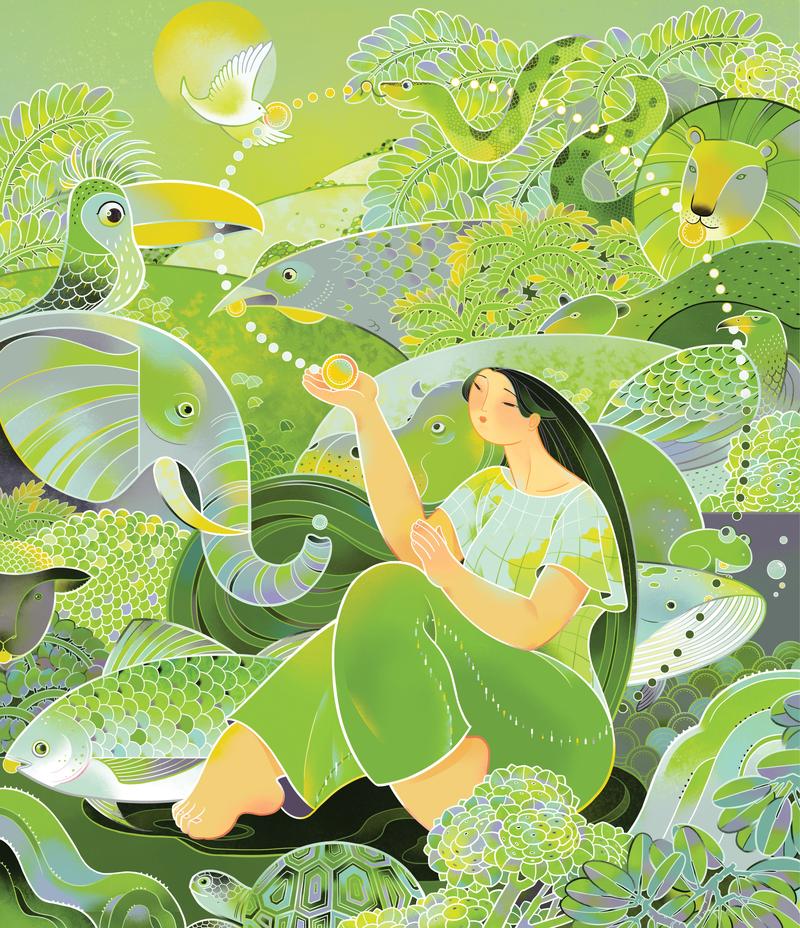 Many observers are asking whether the global institutional infrastructure needs major reform to cope with challenges posed by the novel coronavirus pandemic. The world continues to be shaped by the World Bank and the International Monetary Fund, created following the Bretton Woods Agreement reached 76 years ago in New Hampshire, the United States.

The agreement came at a time when the US economy accounted for about 50 percent of global GDP and the US dollar had absolute primacy over the international financial system.

However, within the next 10 years, developing and emerging economies, including China’s, will account for 60 percent of global GDP on a purchasing power parity basis, according to the OECD.

One of the primary focuses of Bretton Woods was to restart the global economy after the crippling effects of World War II.

When the pandemic is over, the world will again face significant macroeconomic challenges, particularly unprecedented and escalating debt levels.

Benn Steil, author of The Battle of Bretton Woods: John Maynard Keynes, Harry Dexter White, and the Making of a New World Order, one of the most comprehensive accounts of the 1944 conference, said any reform of existing institutions would require exhaustive negotiations.

“The original Bretton Woods was 90 percent pre-orchestrated through difficult negotiations between the US and the United Kingdom, which began in 1942, two years before the conference,” he said.

“A new conference would also require prior substantial agreement between the two dominant economic powers, the US and China. At present, I do not see a sufficient locus of interests to achieve such a pre-agreement.”

Michael Spence, professor of economics at New York University’s Stern School of Business and a Nobel Prize winner for economics, said there would have to be substantial input from China if the system was to be reformed.

“If it happens, China will have to play a major role. If China is left out, it won’t work — just like if the US or Europe were not there,” he said.

Michael Pettis, professor of finance at Peking University, said it is wrong to assume that China played no role in the formation of the existing system, as it sent the second-largest delegation to the Washington Hotel, where the 1944 conference was held.

“The idea that China was a limited participant in Bretton Woods is one of those lazy myths that seem to persist. It had an influence on a number of important issues,” he said. 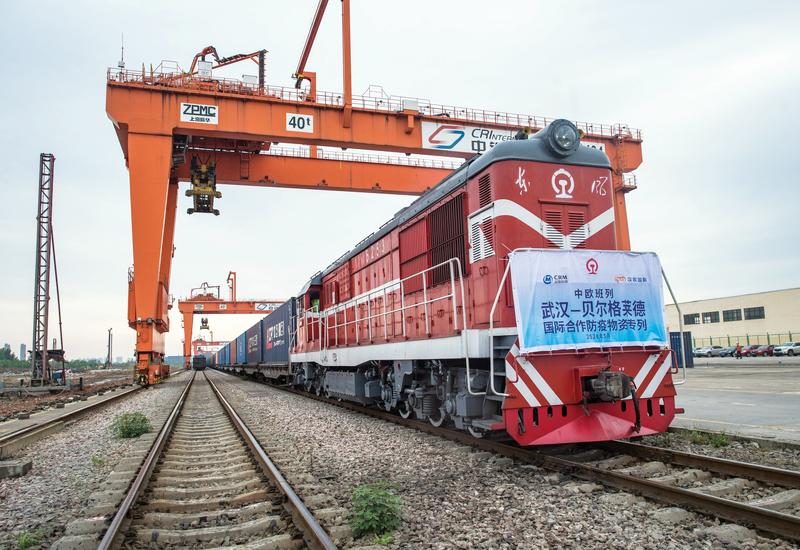 Regardless of China’s input then and now, Kishore Mahbubani, a former Singapore diplomat and the author of Has China Won?, a new book that addresses the relationship between the US and China, said questions were being asked about the Bretton Woods global architecture well before the current health crisis.

“The World Bank needs to ask itself, does it still want to insist on the rule that to become its head you must be an American, and similarly that to become head of the IMF must you be a European?

“That may have been a viable rule in 1940s and ’50s, when the US and Europe combined comprised a great majority of the world’s economy. However, now the economic power has shifted, and if you don’t make the rest of the world stakeholders, then these countries will just turn away. And it’s not in the interest of the US and Europe to see the world turning away from the IMF and World Bank.”

The Bretton Woods system has seen a number of major shocks and reforms.

In 1971, US President Richard Nixon suddenly abandoned the dollar’s convertibility into gold, because the US no longer had enough gold to cover the dollars in circulation.

The postwar fixed exchange rate system was based on this convertibility. The solution was to re-fix currencies to a devalued dollar.

In an increasingly globalized world, the financial system has become reliant on the dollar as a global reserve currency, and the pandemic has seen a retreat to this currency, with the US still regarded as lender of last resort.

George Magnus, a research associate at Oxford University’s China Centre and at the School of Oriental and African Studies in London, believes this is unsustainable and that the Bretton Woods structure needs a 21st century makeover.

“It’s not good that the US Federal Reserve is called on, crisis after crisis, to be a global lender of last resort, when its principal mandate is domestic,” he said.

“Nor is it good that there’s an insatiable demand for US dollar funding every time there’s a crisis, especially in emerging markets, where capital is just hemorrhaging in at the moment.”

Sun Mingchun, chief economist at Haitong International Securities, a securities company and investment bank based in Hong Kong, said the current system could suddenly reach a crisis point where it was no longer able to cope.

“It is perhaps too early to foresee such a scenario, although the lack of monetary policy discipline in major Western central banks in reaction to crisis has created lots of worries about the side effects of recent massive liquidity injection,” he said.

“I am afraid that at some point in the not very distant future, the market will vote by its feet in the foreign exchange market.” 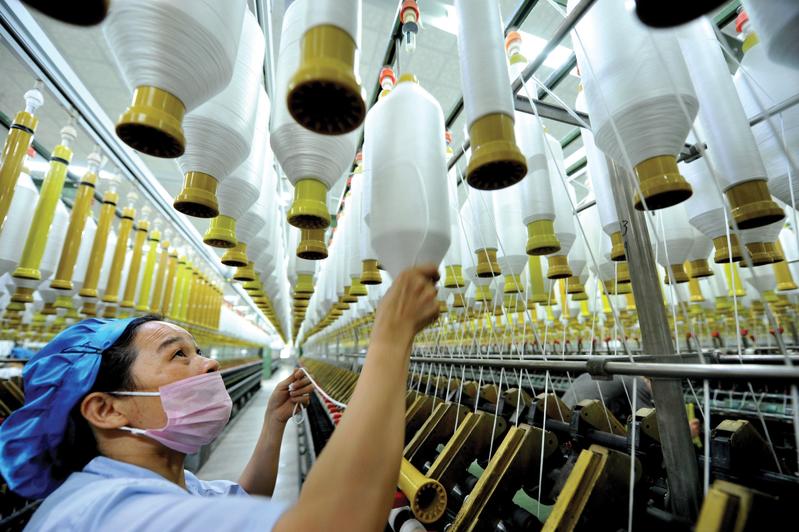 Pettis, also author of Trade Wars Are Class Wars: How Rising Inequality Distorts the Global Economy and Threatens International Peace, believes the US can no longer bear the huge economic cost of acting as the world’s central bank.

“While there may be a geopolitical advantage, it comes at an enormous economic cost. I think the coronavirus pandemic will only accelerate a process that began last August in the US Congress to force other countries to reduce their usage of the US dollar,” he said.

“In the end, I suspect that over the next decade the US will move unilaterally to reduce global use of the dollar by taxing foreign use of it.”

Shan Saeed, chief economist at IQI Global, an investment company based in Kuala Lumpur, Malaysia, believes the current system no longer acts in the interests of many countries.

He would like to see an Asian Monetary Fund set up, with headquarters in Shanghai, which would reflect where the global financial system’s center of gravity is shifting.

“The world needs a new reset and a monetary system that is based on fair play and equality. All countries should be invited to join the new monetary fund, not just Asian ones,” he said.

Saeed believes that existing institutions, as they are constituted, will fail to help countries that become overburdened with debt as a result of the pandemic.

Citing the examples of Greece, Italy and Iran in the recent past, he said, “In all these cases neither the World Bank nor the IMF came forward to bail them out or give them support such as help with financial and structural reforms, a liquidity stress bailout or debt relief package.”

Can China fill this void in the financial system and can the yuan act as an alternative reserve currency?

The Chinese government is intent on liberalizing its financial markets to make them an attractive destination for foreign capital, although this would rely on fewer capital controls and the yuan being more convertible than it is now.

Such a move is likely to gain momentum because China is facing twin pressures: increased domestic consumption and weak demand for its exports are set to turn the country’s trade surplus into a deficit. It could also face a decline in domestic savings. Without these savings, it will need external capital to fund any trade deficit.

Zhu Ning, deputy dean and professor of finance at the Shanghai Advanced Institute of Finance, believes a major reform of the financial system, with the yuan playing a greater role, could suit China.

“To achieve that, China has to work harder on reforming its domestic interest rate liberalization and internationalization of the yuan,” he said.

“There is increasing demand for reform of the global monetary system, and the yuan is clearly one potential candidate to diversify the pool of global reserve currencies.”