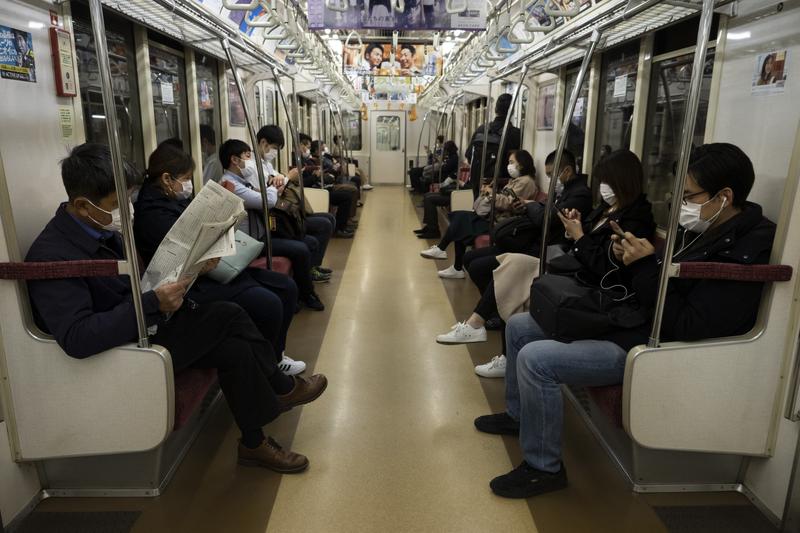 TOKYO - With just hours left on Tuesday before Japan imposes a state of emergency on Tokyo and six other prefectures to contain the coronavirus, the idea of leaving the capital, or “Escape from Tokyo,” swirled on social media.

Though Japan’s outbreak remains small compared with some overseas, alarm over the steady rise of cases in Tokyo to more than 1,000 - roughly a quarter of the country’s total - along with an increase in other urban centres, is prompting the state of emergency, which will last until May 6 and call on people to stay home and businesses to close.

Karuizawa, a mountainous area long known as a fashionable weekend retreat, has already seen a rise in cars with Tokyo-area number plates, according to local media, particularly on the two weekends since Tokyo’s governor asked people to stay home.

Officials have warned against leaving, saying it could burden already-strained local medical systems.

“That will just scatter it (the virus) everywhere,” said Nobuhiko Okabe, member of a government panel of coronavirus experts, told reporters on Tuesday. “I call on people to endure inconvenience. We should not be hasty about leaving.”

Several of Japan’s 47 prefectures have not reported a single case. One, the northeastern prefecture of Iwate, asked last week that anybody from Tokyo or two surrounding prefectures self-quarantine for two weeks.

The hashtag “Escape from Tokyo” was one of the top trending Twitter topics on Tuesday morning, with most commenters urging people in Tokyo and other big cities to stay put.

“I understand your feelings, but please exercise restraint,” wrote “Hayato,” from central and largely rural Yamanashi prefecture. “Your actions could, in a worst-case scenario, cause the death of scores, maybe even hundreds.”

Others warned that the situation could easily become precarious in rural regions, with their large proportion of elderly residents. Some commenters added that in some small towns, a family thought to be a source of contagion could be targeted by abuse.

“Hospitals, doctors and nurses are precious resources in many local areas,” wrote one with the handle “Over 50 Wife.” “Though people have the freedom to live how they will, in times like this we all have to cooperate.”