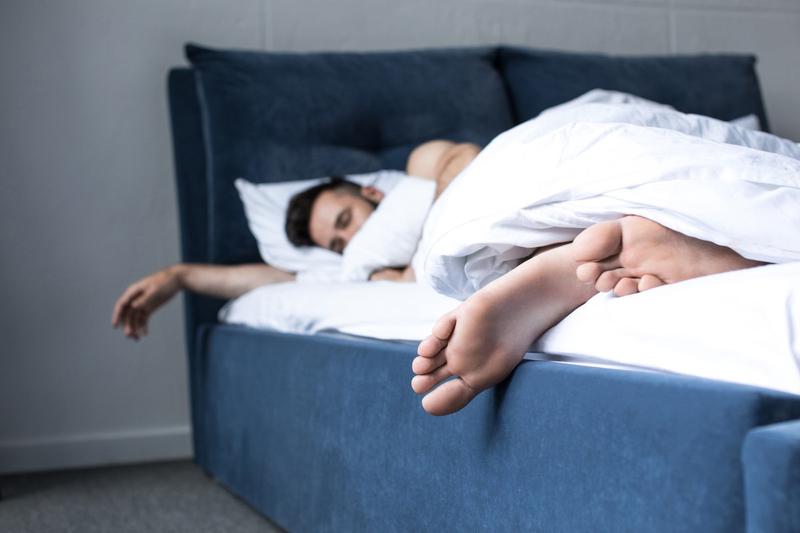 The novel coronavirus outbreak has taken its toll on the nation's sleeping habits over the past two months, with many people staying up late due to anxiety or boredom, according to a survey.

The Chinese Sleep Research Society interviewed more than 2,000 people between the ages of 19 and 80 in 31 provincial-level regions about their sleeping patterns from Jan 1 to Feb 29

The Chinese Sleep Research Society interviewed more than 2,000 people between the ages of 19 and 80 in 31 provincial-level regions about their sleeping patterns from Jan 1 to Feb 29.

The survey found more than half of the respondents in self-isolation at home went to bed after midnight. Ninety percent said they usually fell asleep before midnight, before Jan 1.

Those who stayed up late said they read, watched TV, exercised, drank wine, took sleeping pills or did nothing.

The majority of them, about 61 percent, played with their mobile phones to while away the time. About 47 percent of the phone browsers looked at health news, while 46 percent surfed social media accounts.

Huang Zhili, president of the society and a professor at Fudan University's School of Basic Medical Sciences, said that surfing the internet on a mobile phone can damage sleep quality.

"When browsing for information on mobile phones, people can become stimulated and find it hard to fall asleep easily," he said.

Xu Xinghui, a middle school teacher in Dehui, Jilin province, has self-isolated since the Spring Festival holiday in late January. She expects a longer stay at home as her school hasn't decided when the new semester will start.

Xu said before the outbreak, she went to bed at 9:30 pm and got up at 6 am to prepare for work. The lack of urgency to be ready for work has disrupted her routine.

"These days, I don't have a fixed time to go to sleep," she said. "Maybe it will be at 11 pm or even 2 am because I like to take a nap for an hour in the afternoon."

Xu said she now gets up at about 9 am.

"Without any work-related tasks, I spend most of my time watching TV series or short videos on the Douyin app to feel less bored. I want to go to work as soon as possible or travel. I want to get back to a normal life," she said.

The study was conducted by the society for World Sleep Day, which was on March 13.

Of all provinces, Jiangxi had the largest proportion (93 percent) of night owls who went to bed between 11 pm and 4 am. Shaanxi came in second with 89 percent, followed by Sichuan with 88 percent, the survey found.

The survey also analyzed data of more than 30 million users of Toutiao, which showed that since January, 63 percent more users read the news app between 1 am and 2 am.

Huang suggested people avoid factors which might disrupt or delay sleep, such as drinking tea before bed. He also advised not to take long naps.

ALSO READ: Home-bound users fume as video apps do not sync with TVs

"An afternoon nap of about 20 minutes is necessary for those who get up early," Huang said. "A nap of more than half an hour can lead to deep sleep which causes low work efficiency later in the day."

The survey showed that 28 percent of respondents tended to get up late, usually between 9 am and midday.

Meanwhile, the number of people with more than eight hours' sleep a day on average was 20 percent higher than before the outbreak.

About 19 percent more people spent over 12 hours a day in their bedrooms.

People in Hubei province, the hardest-hit region by the virus, slept nine hours a day on average, ranking first, ahead of Beijing and the provinces of Zhejiang and Henan.

Zhang Bin, a member of the society, said that more sleep didn't necessarily mean it was good quality.

"It is proper for an adult to sleep seven or eight hours a day," he said. "A disrupted bedtime schedule causes disorder to the internal clock and eventually causes damage to the body's health, such as to the digestive system."

He said that getting up early and going to bed early helped maintain a healthy lifestyle, which was crucial during the novel coronavirus outbreak.