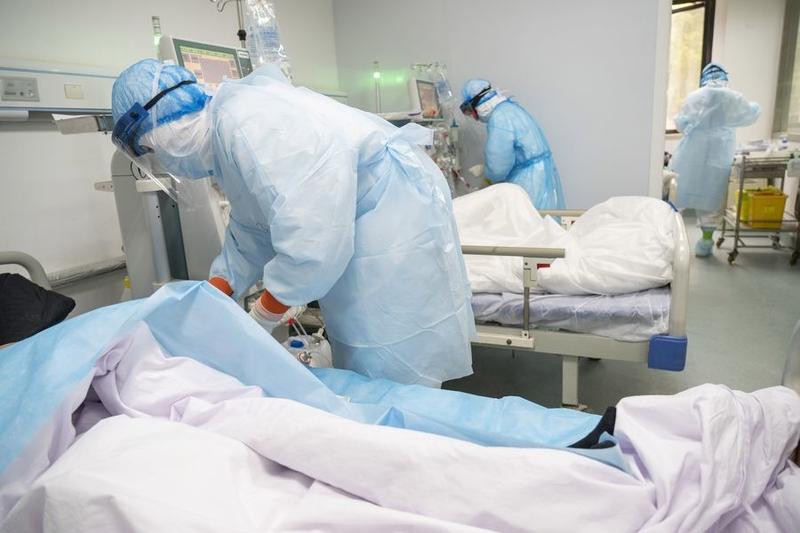 BEIJING/WUHAN/GUANGZHOU – No new confirmed cases of the novel coronavirus disease (COVID-19) were reported Saturday in Wuhan, marking the fourth day in a row of zero report at the epicenter of the epidemic in a months-long battle with the deadly virus.

On Sunday, China’s health authority said it received reports of 46 new confirmed COVID-19 cases on the Chinese mainland on Saturday, of which 45 were imported from abroad.

Of the imported cases, 14 were reported in Shanghai, 13 in Beijing, seven in Guangdong province, four in Fujian province and two in Jiangsu province. Hebei, Zhejiang, Jiangxi, Shandong and Sichuan provinces each reported one case.

READ MORE: Wuhan provides hope for rest of the world, says WHO chief

By the end of Saturday, 314 imported cases had been reported, according to the National Health Commission (NHC).

The overall confirmed cases on the mainland had reached 81,054 by the end of Saturday, including 5,549 patients who were still being treated, 72,244 patients who had been discharged after recovery

Also on Saturday, six deaths and 45 new suspected cases were reported on the mainland with five of the deaths reported in Hubei province.

According to the Hubei health commission, the total confirmed cases of COVID-19 in Wuhan and Hubei remained at 50,005 and 67,800 by Saturday. The province also saw 490 patients discharged from hospital after recovery on Saturday, bringing the total number of discharged patients in the province to 59,432.

The overall confirmed cases on the mainland had reached 81,054 by the end of Saturday, including 5,549 patients who were still being treated, 72,244 patients who had been discharged after recovery, and 3,261 people who died of the disease.

On Saturday, 504 people were discharged from hospital after recovery, while the number of severe cases decreased by 118 to 1,845.

A total of 100 patients in Hong Kong, 10 in Macao and 28 in Taiwan had been discharged from hospital after recovery.

The southern province of Guangdong on Sunday reported the province's first indigenous case of COVID-19 infected by a patient who returned from overseas recently.

According to the provincial health commission, the provincial capital of Guangzhou reported three confirmed cases of COVID-19 on Saturday, including two from the Philippines and Turkey respectively, and one indigenous case who has had contact with a confirmed imported patient.

The whole province saw eight newly confirmed cases on Saturday. Except the indigenous one, the rest seven were from the UK, Thailand, Spain, France, the Philippines and Turkey.

Guangdong has reported a total of 1,407 confirmed cases so far, including 56 imported ones, and eight deaths.