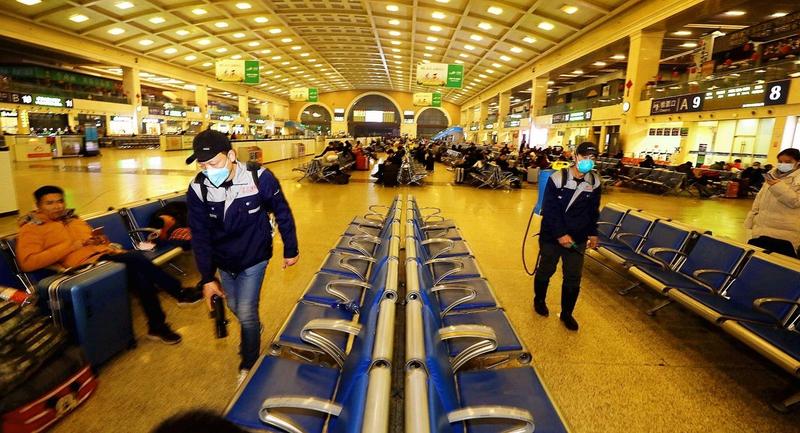 Xi Jinping, general secretary of the Communist Party of China Central Committee, on Saturday urged all-out efforts to prevent and control the novel coronavirus-related pneumonia, extending his sincere sympathies to the bereaved families due to the contagion as well as his heartfelt gratitude to the medical staff on the front line.

All provinces need to strengthen monitoring, prevention and control of the outbreak among flowing populations, and identify, report, isolate and treat patients in a timely manner, according to a statement

Xi, also president and the chairman of the Central Military Commission, made the remark while chairing a meeting of the Standing Committee of the Political Bureau of the CPC Central Committee on the first day of the Spring Festival, or Lunar New Year.

The CPC Central Committee will send work groups to areas that are seriously plagued by the contagion, such as Hubei province, to help locals strengthen overall efforts in the prevention and control of the disease, the statement said.

Xi stressed at the meeting that all the Party, the military and the people of all ethnic groups throughout the country stand with families plagued by the disease and are their strong support.

He urged the Party committees and governments at various levels to fully implement the decisions and policies made by the CPC Central Committee, make all-out efforts and mobilize all the available resources to curb the spread of the contagion.

Xi asked the Party and government officials to put a priority on people's lives and health and take the prevention and control of the contagious disease as the most urgent task at the current stage.

As long as the nation has strong confidence and makes joint efforts with scientific and targeted measures, the battle of the prevention and control of the contagion will be won, Xi said.

He called for strengthening the protection of medical staff, ensuring the market supply of materials in need, intensifying disclosure of related information to guide the public opinion as well as the mobilization of social forces to uphold the overall stability of society.

The meeting urged concrete efforts to ensure access of adequate supplies of materials to Wuhan, capital of Hubei province, where the first case of the novel coronavirus-related pneumonia was reported, and the province, to enable people to live a normal life, according to the statement.

All provinces need to strengthen monitoring, prevention and control of the outbreak among flowing populations, and identify, report, isolate and treat patients in a timely manner, the statement said.

The participants of the meeting also urged all-out efforts to treat infectious patients, and disclose disease-related information in an accurate, open and transparent manner to address concerns from both at home and abroad, it said.

While underscoring the need to strengthen people's awareness in disease prevention and boost the confidence of the public, they also called for timely communication with the World Health Organization, organizations of relevant countries and regions, as well as Hong Kong and Macao special administrative regions and Taiwan province, and stepping up cooperation to jointly uphold regional and global health security, the statement said.