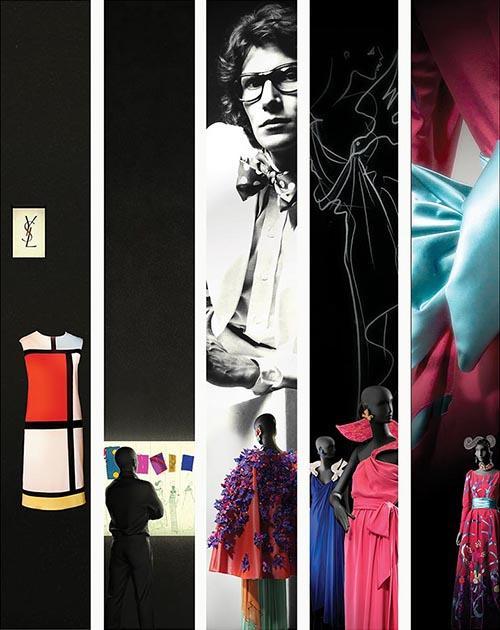 At the Musée Yves Saint Laurent in Marrakech

“I want to give haute couture a kind of wink, a sense of humour – to introduce the whole sense of freedom one sees in the street into high fashion; to give couture the same provocative and arrogant look as punk – but of course with luxury and dignity and style.” So said fashion designer Yves Saint Laurent in 1983 on the eve of his exhibition at the Costume Institute of New York’s Metropolitan Museum of Art, its first-ever show devoted to a living designer.

Vogue editor Diana Vreeland, who also curated the show, wrote the following for the introduction: “For 26 years, Yves Saint Laurent has kept women’s clothes on the same high level. He is followed across the oceans of the world by women who look young, live young and are young no matter what their age… Half of the time he is inspired by the street, and half of the time the street gets its style from Yves Saint Laurent. His vehicle to the street is pret-a-porter – but behind it all, there are the superb designs of his couture workroom.”

His influence on 20th-century fashion and beyond may be even greater than the peers he worked alongside – including Christian Dior, Hubert de Givenchy and Gabrielle Chanel – and his clothes and themes more referenced and appropriated by high and low culture alike. Although she died in 1971, Chanel, never one for modesty, had even pronounced him her spiritual heir.

What makes Saint Laurent’s collection of work so distinct is that none of his predecessors and peers, despite their luminous names, kept their original clothes in the same way. While other houses buy their dresses back from clients to build their collections, in the case of Yves Saint Laurent, what went down the catwalk was what got kept. His longtime partner in business and romance, Pierre Bergé, who died earlier this month, told Vogue that one day, the designer said to him: “I adore that dress; we must keep it.” And so they did. 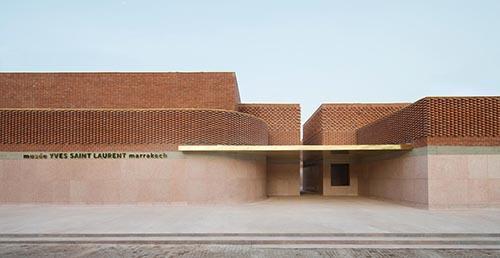 At the Musée Yves Saint Laurent in Marrakech

Nearly 55 years since the launch of his eponymous brand in 1961, two new Yves Saint Laurent museums are set to open. One opens on October 19 in Marrakech (appropriately enough, on Rue Yves Saint Laurent) and the other in Paris at 5 Avenue Marceau. Both will exhibit a selection from the Fondation Pierre Bergé–Yves Saint Laurent of more than 5,000 pieces of haute couture and 15,000 haute couture accessories, along with an array of sketches, drawings, photographs and other ephemera. 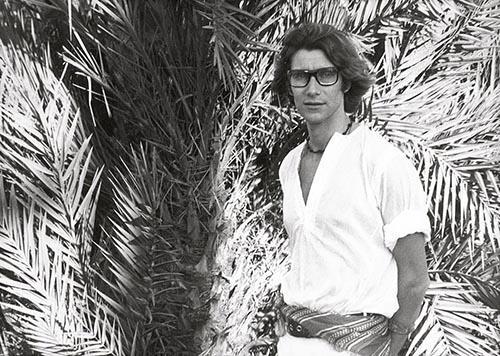 As befits such a vast collection, the museum in Marrakech occupies a 43,000sqft space, with a 4,300sqft permanent exhibition space designed by Christophe Martin. The building is a stone’s throw away from the Jardin Majorelle, which was bought by Saint Laurent and Bergé in 1980.

The Marrakech museum was designed by Studio KO, an architectural firm established by Olivier Marty and Karl Fournier, who have realised numerous projects in Morocco, Europe and the United States. While leafing through the couturier’s archives, they were struck by curves running alongside straight lines, and by the succession of delicate and bold forms that characterised the designer’s work. The facade of the building appears as an intersection of cubes with a lace-like covering of bricks, creating patterns that recall the weft and warp of fabric. As with the lining of a couture jacket, the interior is radically different: velvety, smooth and radiant.

According to Studio KO: “The Musée Yves Saint Laurent Marrakech combines two worlds that we are very familiar with and that are dear to our hearts: fashion and Morocco. Since the founding of our architectural firm, we have worked in this country that so inspired Yves Saint Laurent. It is with great joy that we have worked on this ambitious project, and contributed to the history and prestige of the most influential fashion designer of the 20th century.” 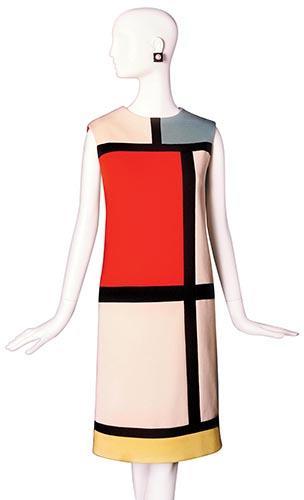 To see the museum is to witness a veritable greatest-hits collection – not just of the Yves Saint Laurent costume inventory, but of the fashion silhouette of the second half of the 20th century. It’s one that kept women, no matter their age, looking young. The designer won the French Wool Board competition in 1954 with a black crêpe cocktail dress he designed in the Hubert de Givenchy workshop. Three years later, at 21, he took the reins of Christian Dior after the designer’s death in 1957, becoming the youngest couturier in the world to run a fashion house. His first collection was 1958’s Trapeze, for which he won a Neiman Marcus Award for Fashion, and the year marked his first meeting with Bergé, who would become both his lover and his manager.

At Yves Saint Laurent, the hits were unrelenting. The designer popularised the ready-to-wear label; his famous tuxedo suit for women, Le Smoking; the pea coat; the safari jacket; and perhaps most famously and most imitated of all, the Mondrian dress. As much a fashion designer, he was an artist and harnessed art for his purpose, using Van Gogh’s Sunflowers and Irises for another costume and often citing references to Pablo Picasso, Henri Matisse, Jean Cocteau and Andy Warhol in his work.

He was groundbreaking, too, as the first to design an haute couture black leather jacket, and even had a nude photograph of himself published for the launch of his first perfume for men, Pour Homme. Saint Laurent invoked male dress codes and appropriated them for his womenswear, thus investing women with greater social power while preserving their femininity. Says Bergé of that contribution: “If Chanel gave women their freedom, it was Saint Laurent who empowered them.” And made them feel forever young.