Restored to the people

Some of the city’s heritage architecture, repurposed since HK’s return to the country, stands out not just because the buildings are suited to contemporary lifestyles but also because they open doors to the public. Join Rebecca Lo on a guided tour. 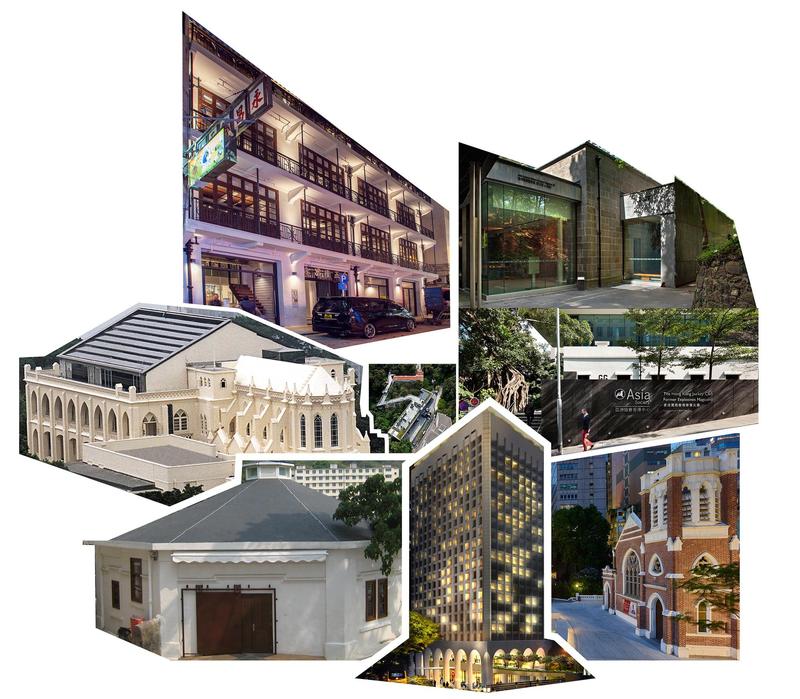 Hong Kong residents have become increasingly conscious of the importance of preserving their heritage buildings, particularly so in the two decades since the establishment of the HKSAR. Today, loud voices proclaim that everything old requires conserving. But then Hong Kong only has so much land and a growing population to accommodate. Hence the supply of affordable housing falls far short of the demand. Given such a context, the case for keeping the old structures might appear to be on slightly shaky grounds.

Then there are ways and ways of conserving old buildings. For example, these might be restored in a way that retains the structure’s original look while the interiors are modernized to suit contemporary lifestyles — keep the best of the past while making additions relevant to the future.

Allow us to walk you through a few historic structures, revitalized over the last 20 years as a result of government and/or private initiatives and now serving as spaces accessible to the public, to examine ways of preserving the city’s architectural heritage with a degree of success. 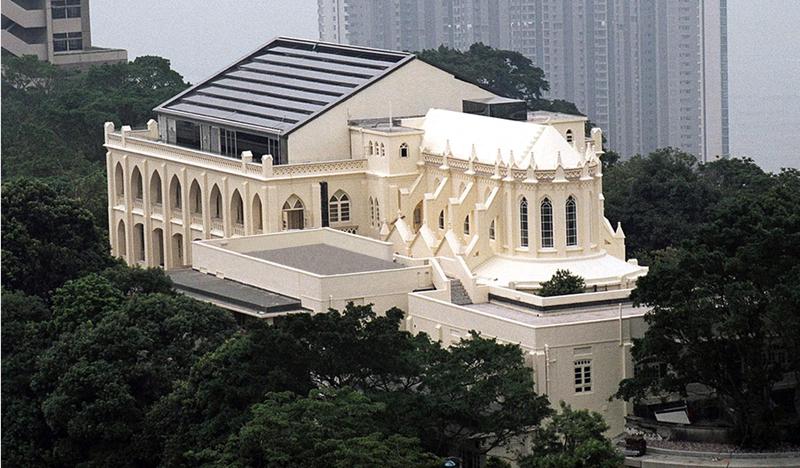 The stately chapel with its commanding views of the sea once looked out across pastoral fields where cows grazed. Béthanie was built to put up convalescing French missionaries. From 1975 to 1995, it housed the Hong Kong University Press.

In 2003, the government granted the Hong Kong Academy for Performing Arts HK$74.2 million toward renovation of the dilapidated Béthanie site. A further HK$17 million was raised through donations.

Architecture firm Philip Liao and Partners received the commission. “We found three pieces of stained glass and handmade the rest to match,” recalls Philip Liao. “Under the floor boards, we found a stash of vintage wine; the cooler half-basement was suitable for a wine cellar.”

The structures now look the same as 140 years ago, albeit with air-conditioning and vehicular access from Pok Fu Lam Road. Liao created four distinct spaces: a museum that includes wine racks found on site; a chapel popular for hosting weddings; a dance studio for events under a new glass roof; and the Wellcome Theatre in what used to be a cow shed.

Liao comments: “Béthanie serves as a beacon for the government to move unused stock into its revitalization scheme. Inventory gets a new life, new use and a connection to the public.” 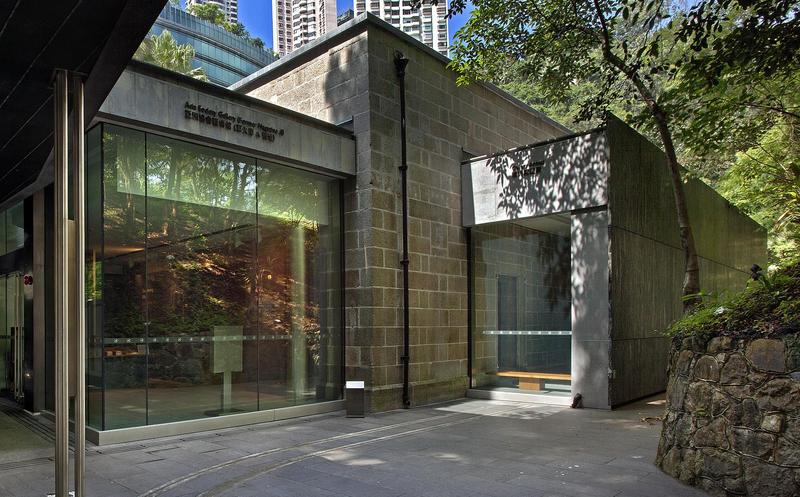 Manhattan architects Tod Williams and Billie Tsien won the commission to transform Victoria Barracks into a state-of-the-art facility via a tough juried competition. One of the magazines is now a gallery; the other is a theater; while the laboratory houses Asia Society’s offices. The rail tracks that facilitated easy movement of ammunition were restored to emphasize the buildings’ original purpose.

Lynne DiStefano, co-founder of The University of Hong Kong’s Division of Architectural Conservation Programmes, states: “The project speaks of a deep understanding of the site and (illustrates) how to allow historic buildings to be fully expressed while incorporating them into something new, important and relevant to Hong Kong.” 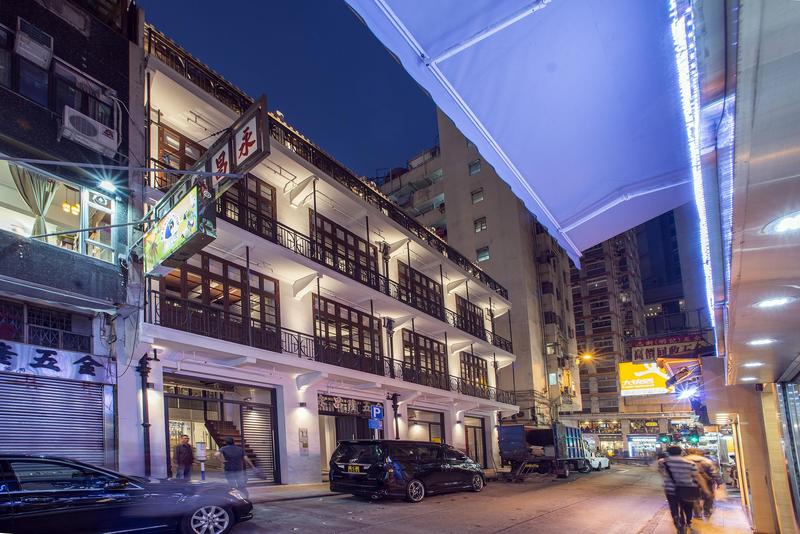 Two rows of pre-World War I tenement buildings wedged between Mallory Street and Burrows Street were originally built for residential purposes. Following the 1894 plague that nearly decimated Hong Kong, the Chadwick Report called for architectural solutions to squalid living conditions. The result was the tong lau: low-rise buildings combining residential flats with ground floor shops. Chinese construction methods that made use of local materials were married to London-style building codes.

Urban Renewal Authority assigned architectural firm Aedas, led by project director Edward Leung, to turn the tenement buildings into an arts venue, open to free movement by the public. As the structures on Mallory Street were in a better condition than those on Burrows Street, Aedas kept the latter’s facade, preserved the former and created a footbridge to link the two blocks. The parts that most viscerally recall the past were restored. A rotting timber staircase was meticulously disassembled, each piece treated with anti-mould agent, and reassembled on a steel frame base. Eighty percent of the original materials were recycled.

Since late summer of 2013, the Hong Kong Arts Centre moved in as the site’s anchor tenant. A gallery, library and Comix Home Base —­ a comics and animation hub —­ now draw both artists and the general public to the restored structure. 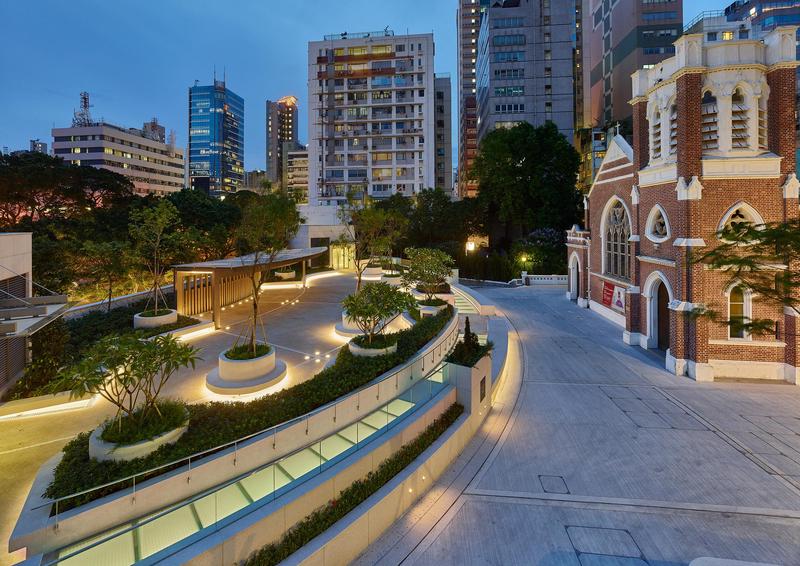 On a clear June night this year, St. Andrew’s Church opened its doors to music lovers by hosting a recital by the French a cappella group Ensemble de Caelis. By offering the venue to secular events, the evangelical Anglican establishment is fulfilling its 21st-century mandate of community-focused accessibility.

Nelson Chen, an active member of St. Andrew’s congregation, was the architect responsible for St. Andrew’s renovations since the late 90s. After Hong Kong’s return to the motherland, St. Andrew’s began to offer more services in Chinese as its congregation swelled.

“St. Andrew’s faced severe space shortages,” says Chen. “The existing front courtyard site was never previously considered for expansion. However, from studying the site plan, it was revealed that this potential area occupied a footprint equivalent to more than three times that of the original church.”

Chen subsequently designed Life Centre on the site to house two state-of-the-art auditoriums. “The semi-circular shape lent itself naturally to amphitheaters,” says Chen. A stone wall of the church was repurposed as Life Centre’s facade, while a landscaped roof garden was added.

“St. Andrew’s is my family’s spiritual home in Hong Kong,” says Chen. “It was both a great privilege and a humbling responsibility to design Life Centre, which was built largely with funds from fellow congregation members.” 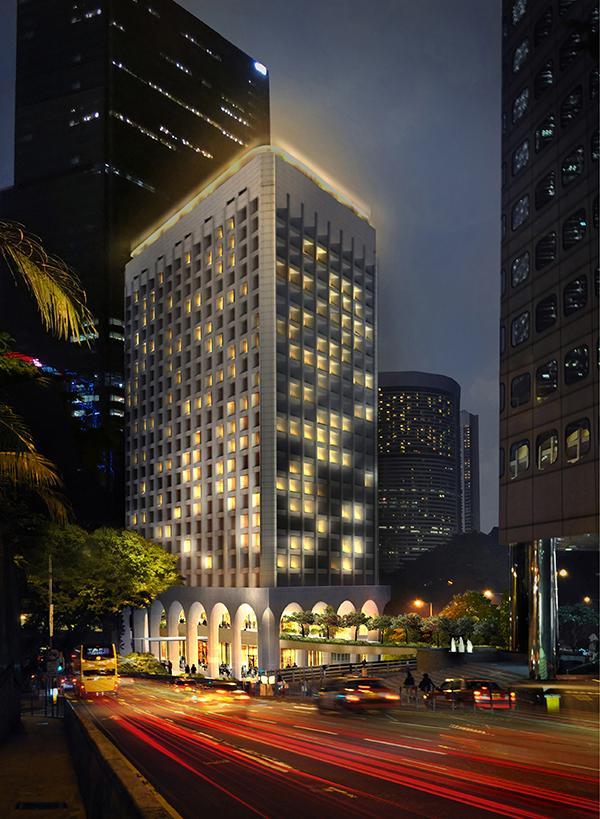 Restoration: slated for completion this year

Civil servant Ron Phillips designed Murray Building to be the city’s tallest government structure, with thoughtful sun shading for each window. After its staff was relocated to Tamar’s Central Government Complex, the structure was sold by public tender to Wharf (Holdings). Its location beside the Peak Tram terminus and Hong Kong Park made it ideal for a hotel. To that end, Wharf enlisted Foster and Partners to handle The Murray’s restoration and renovation, with Andre Fu designing its Cantonese restaurant Guo Fu Lou.

“Along with its deep windows, white facade and majestic ground level arches, the building offers an early example of sustainable design,” says Colin Ward from Foster’s Hong Kong office. One of the challenges was to make the structure more pedestrian friendly. “A former government building, The Murray had been fenced off from the surrounding area for security reasons. It was designed at a time when the city was planned around the car.”

With 336 guest rooms, one of the five-star property’s key features will be the landscaped rooftop restaurant intended to be a continuation of Hong Kong Park’s tree canopy. “Our design intent has been to rediscover the romance of going to a hotel,” says Ward.

The Murray, like the other restored and revitalized projects mentioned in the article, is expected to be a major landmark in the city when it is opened to the public later this year. Between them these structures are shining examples of how to combine respect for history while making way for greater inclusivity than was allowed in the past.