By David Ho and Haky Moon in Hong Kong 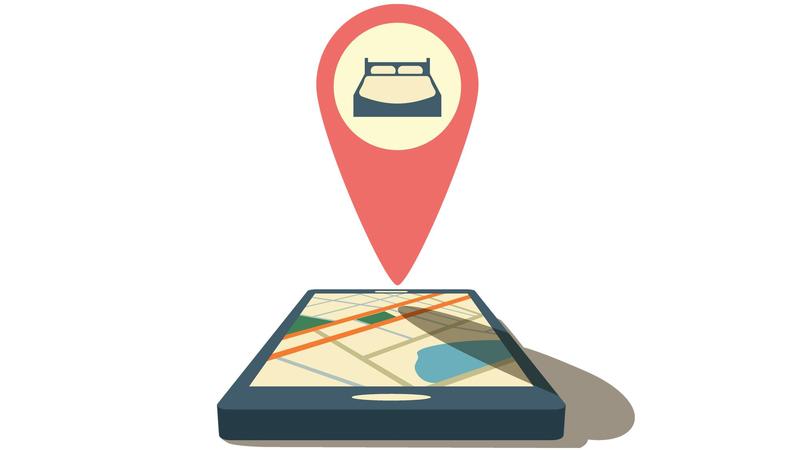 As major players emerge in the sharing economy, the industry could face new challenges, particularly in sharing accommodation where competition is fierce.

At the same time, the regulatory framework to deal with the ongoing changes brought on by this new trend is still in its infancy.

The global leader in the accommodation-sharing space, Airbnb, recently appointed Hong Ge as vice-president of China operations after a lengthy search. Beijing-based Hong is a graduate of Yale University. A former software engineer with Facebook and Google, he was already an Airbnb executive before his current promotion.

This is the latest move in a carefully orchestrated push into China by Airbnb, which spent years raising capital and laying the foundations for its foray into the Chinese market. But the company set up an entity in China only in November last year.

Airbnb’s leading competitor in China is Tujia, a homegrown rental platform backed by Ctrip.com — China’s largest online travel agent. Tujia was founded in 2011 and quickly became a unicorn, a term used to describe startups that grow to be worth more than US$1 billion. It touched that level in 2015.

In late March, Tujia announced a strategy to share housing inventory data with seven other online platforms which include Mayi, Ctrip, Elong, Qunar, 58 and Ganji. These platforms have short-term home rental businesses and maintain close ties with Tujia. 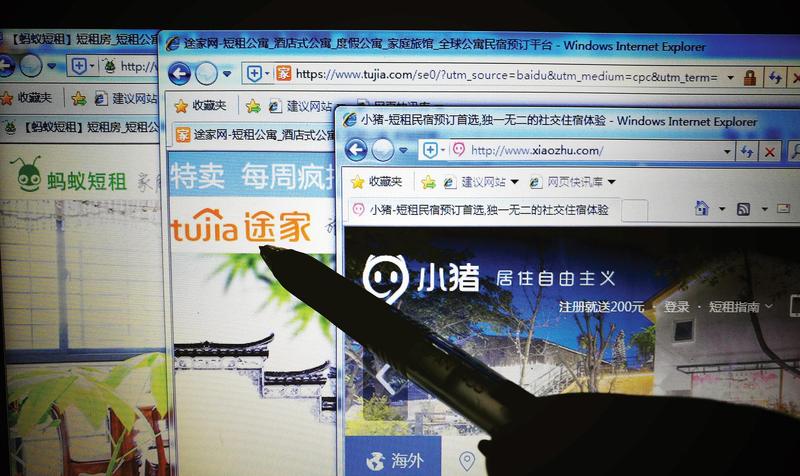 A netizen browses the websites of accommodation-sharing sites Mayi, Tujia and Xiaozhu in Shanghai on March 1. The companies need a strategy to stand out from the competition in order to succeed.  (JING WEI / IMAGINECHINA)

This move could give Tujia yet another significant advantage over Airbnb — besides its history in the Chinese market and its insider status. A home rental advertisement posted by a host on any of those platforms would be seen on the others, giving users a wider net.

Andy Lam, managing director at A&A Business Consulting, feels that a bigger data pool such as the one Tujia now has access to would be the way forward for these sharing platforms.

“The future for platforms like these lie in big data. Having a bigger data pool, to mine information from, is important in getting to know and catering to specific customer needs. Not to mention, their business model also means that their resources are actually found in the user-generated data, like accommodation rental ads,” he said.

This could drive Airbnb to seek partners that could help expand their housing resources in China. There have been whispers that Airbnb is in talks with Tujia on capital cooperation.

Tujia is not the only Chinese company in this space.

430,000 properties, number of rentals in China listed by Tujia

The number of transactions through the platform increased fourfold by early 2015, according to the latest available figures. Xiaozhu’s success enabled the company to raise US$65 million from investors that included Legend Capital, Joy Capital and Bertelsmann Asia Investment Fund.

Another contender in the industry is Zhubajia, founded in the same year as Xiaozhu. Unlike Tujia or Xiaozhu, Zhubajia mainly focuses on the outbound tourism market.

Zhubajia currently has over 250,000 rooms across 70 countries. More than 60 percent of the platform’s revenue came from overseas short-term accommodation in 2016. This strategy to differentiate itself from competitors seems to have ensured Zhubajia’s market share.

Bessie Dai, a senior manager at A&A Business Consulting, warns of copycat concepts popping up and how they could eat into the growth of companies. However, a key challenge may be differentiation between companies in the sharing economy.

“When a concept is popular, other companies might mimic the business model. So they need to stand out by offering something different from existing competitors and stay one step ahead (of potential rivals) by providing value-added services.”

This seems to be a strategy that the accommodation brokers in the sharing economy have taken to heart.

Airbnb has partnered with Shanghai’s authorities to promote tourism. The company’s ‘trips’ feature in Shanghai offers access to activities and places of interest hosted by locals, such as Chinese folk art classes.

Other Chinese cities that have partnered with Airbnb include Chongqing in the southwest, and Shenzhen and Guangzhou in the south.

Tujia’s founders insist that their firm’s business model — due to its specific focus on Chinese travelers — differs from that of Airbnb. Tujia manages many of the apartments it showcases, either directly or through management firms. It also works with property developers to lease unsold units.

For those it does not manage, Tujia conducts regular inspections and also keeps a record of troublesome guests. Many of Tujia’s users also stay for a longer duration or use the properties for holiday stays.

70 countries, number of nations covered by Zhubajia, which focuses on outbound tourism

Another challenge is to make sure the experience is pleasant enough for both sides to ensure a sustainable industry.

Lam at A&A Business Consulting believes education is key to encouraging growth in the sharing economy.

“Even though it’s growing in popularity, hosting and guesting at someone’s residence remains a new concept for many. Educating both hosts and guests on the proper etiquette would go a long way in ensuring sustainability,” he said.

That seems to be exactly what Xiaozhu does. In a bid to educate its user base, the company holds training events for hosts that teach hospitality skills, like how to socialize with guests and decorate their accommodation.

Xiaozhu helps hosts to set up the accommodation for rent through security and cleaning services. It also works with the regulatory authorities including the Public Security Bureau to remove users with criminal records and heighten security on its 140,000 listings.

However, there are worries that regulatory issues, such as the perception that the shared accommodation industry is providing hotel services, could hamper the growth of the sector.

10 percent, proportion of China’s GDP to be made up by the sharing economy by 2020

“In the documents published by China’s National Development and Reform Commission in 2016, it is clearly stated that the sharing economy, which includes short rental periods, should be encouraged,” she told China Daily Asia Weekly.

“Short-term house rental (like Airbnb) is actually not house leasing in the traditional sense, but more like a hotel business. China has strict regulations regarding hotel operations, especially with regard to fire control permission, operation certificate and sanitation permission.

“If some accidents happen in a house without proper equipment, it is hard to determine who to charge,” Erbeyli added.

“There are some Chinese regulations that are not in favor of the sharing economy business model. For instance, as stated in Chinese anti-terrorism law, the hotel will be fined 10,000 yuan (US$1,500) if it failed to keep a complete, detailed and accurate registration form of each customer,” she said.

“There are also doubts about taxation as some houses can issue receipts but some cannot. There are many gray areas.”