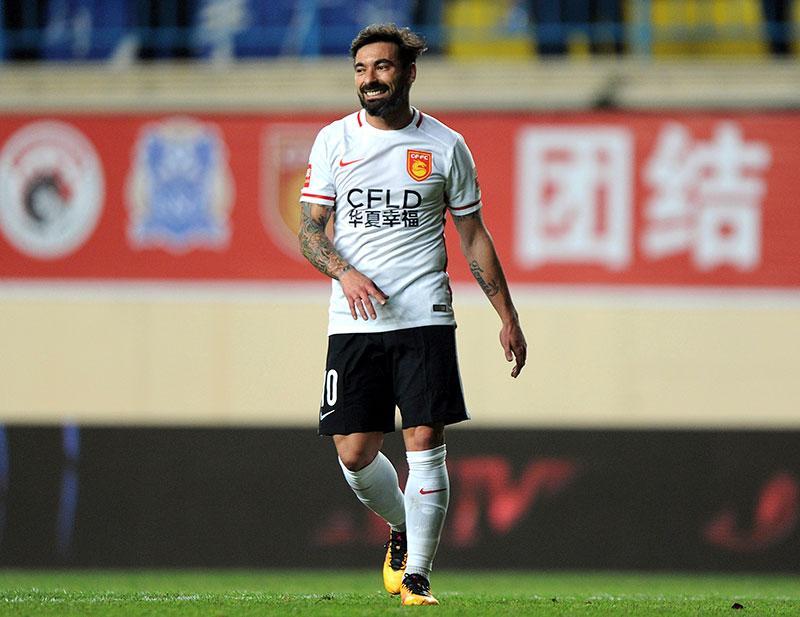 BEIJING — Argentina international Ezequiel Lavezzi has apologized to his Chinese fans over a photo leaked online in which he pulls back his eyes with his fingers in a gesture widely seen as offensive.

The Hebei China Fortune forward said in a statement on the team's microblog that he had intended no offense or "any wish to insult the Chinese people" when the picture was taken as part of a pre-season photo shoot.

"I have been extremely happy since coming to China and striving on behalf of Hebei China Fortune," Lavezzi wrote in the statement published in Chinese and Spanish and dated Sunday. "I sincerely apologize if this photograph caused any offense or misunderstanding to the Chinese public and football fans as a whole and I will carry this lesson into the future."

In an accompanying statement, the club said the photo had never been publicly released, displayed or used for promotional purposes.

Lavezzi joined Hebei last year from Paris Saint-Germain as one of a clutch of high-priced signings by teams in the Chinese league. Hebei is coached by former Real Madrid and Manchester City manager Manuel Pellegrini and also features Ivory Coast forward Gervinho.

During the 2008 Beijing Olympics, Spain's basketball team sparked controversy after the entire team was shown in promotional materials making the slit-eyed gesture.