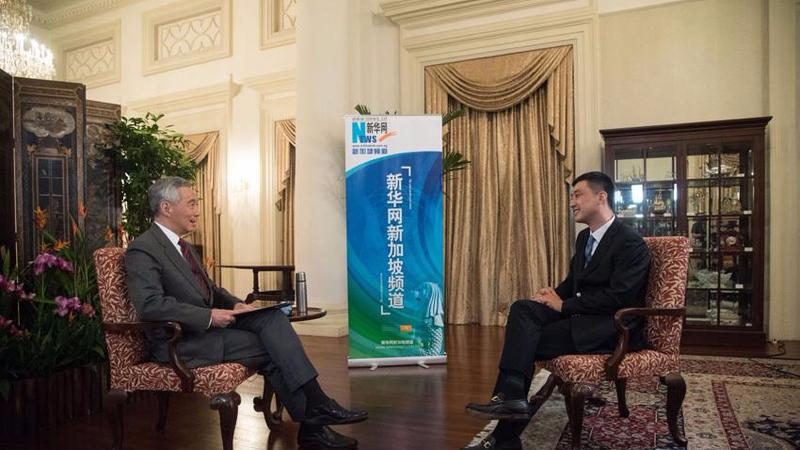 SINGAPORE – Singaporean Prime Minister Lee Hsien Loong has said that the Belt and Road Initiative of China is positive to the world since it can help further integrate China into regional and international economic systems while boosting growth in other countries.

"We deem the Belt and Road Initiative as positive," Lee said Saturday in an exclusive interview with Xinhuanet, Xinhua's official website, prior to his official visit to China scheduled for Sept 19-21.

China's continuous economic growth has made China an increasingly larger and more important part in the international system, he said.

"The Initiative will help foster closer cooperation among China and its neighboring countries as well as its trade partners in Europe, Asia and even Africa," he added.

The Belt and Road Initiative, put forward by Chinese President Xi Jinping in 2013, is aimed at building the Silk Road Economic Belt and the 21st Century Maritime Silk Road through concerted efforts of all related countries to benefit all participants by promoting unimpeded trade, financial integration, infrastructure inter-connectivity and closer people-to-people exchanges.

The (Belt and Road) Initiative will help foster closer cooperation among China and its neighboring countries as well as its trade partners in Europe, Asia and even Africa

Lee said the Initiative-related cooperation in sectors such as infrastructure investments, trade and tourism can help further "integrate China into regional and international economic systems while greatly boosting the prosperity and development in other countries."

In his opinion, the Initiative can help China make more and better contributions to global economic and trade cooperation as well as international relations.

"I think this is not only good to China, but also exerts positive influence to the whole international system," he said.

Singapore's cooperation with China concerning the Belt and Road Initiative, Lee said, is focused on infrastructure inter-connectivity, financial projects and third-party programs such as personnel training, which Singapore believes can combine advantages of both sides.

For example, Singapore can become a launchpad for Chinese companies to march into international markets, and they can make the best of Singapore's trade and service facilities as a financial center and transport hub, he said.

As a coordinator of China-ASEAN ties and the rotating chair of ASEAN the next year, Lee said, Singapore will spare no efforts to facilitate the relationship between China and the Association of Southeast Asian Nations (ASEAN) and enhance cooperation among member states of ASEAN.

"If the overall relations are good, economic and trade programs will develop naturally. Otherwise, the mutually beneficial cooperation would be harmed," he said.

In fact, economic and trade cooperation between China and ASEAN is smooth, he said, adding that China is the largest trade partner for most of the ASEAN member states and their cooperation covers various fields.

On bilateral cooperation, Lee said that it must keep up with the times as China develops very fast.

"In different development phases, the focus of our cooperation must adapt to changes," he said.

The Tianjin Eco-City was designed to become an international eco-city model with a population of 350,000 and all green buildings in 10 years, featuring its new industries including movies and animation, financial, new energy and green industries, as well as Internet industry.

"We hope it can work as a model in the development of western China," Lee said, referring to the China-Singapore (Chongqing) Demonstration Initiative on Strategic Connectivity, popularly known as the Chongqing Connectivity Initiative.

On China's huge changes over the past decades, Lee praised China's economic success, technological achievements and progress in people's well-being, saying that a successful, prosperous and self-confident China is also beneficial to the whole world.