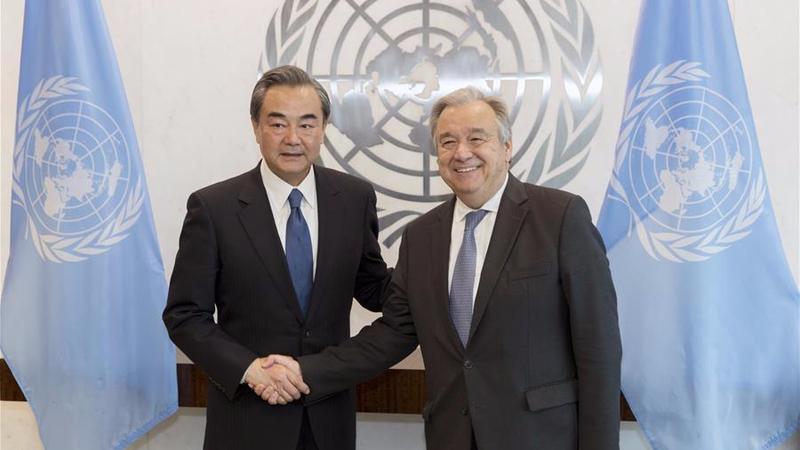 China appreciates the fact that the UN and the secretary-general himself highly agree with the ideas put forward by Chinese President Xi Jinping, such as the building of a community of shared future for mankind, the building of an open global economy, and the rebalancing of economic globalization, said Wang.

China is opposed to violence in the (Rakhine) region and understands Myanmar government's efforts to maintain stability of the country.

China is willing to cooperate with the United Nations on the basis of the consensuses, and work to safeguard the purposes and principles of the UN Charter, to promote multilateralism, to increase investment in development, to enhance peacekeeping capacity so as to deal with various global challenges.

With regard to the situation in Rakhine State of Myanmar, Wang said China is opposed to violence in the region and understands Myanmar government's efforts to maintain stability of the country.

China expects to see the end of war and an end to people's sufferings as soon as possible, Wang said.

China is sympathetic with the people who have fled to Bangladesh and will provide humanitarian assistance to Bangladesh, he added.

China's stance is that Myanmar and Bangladesh should solve impending issues through dialogue and consultations, Wang said.

China is willing to encourage talks and push for peace in its own way, and hopes the international community can play a constructive role in helping reduce tension and promoting dialogue, he added.

The UN is willing to cooperate with China and make joint efforts in dealing with various global challenges, he said.

The UN attaches importance to China's stance on Rakhine State of Myanmar and hopes that China, using its influence, will play an important role in reducing tension, he added.

Wang and Guterres also exchanged views on the situation on the Korean Peninsula.

The Chinese foreign minister applauded efforts of the United Nations General Assembly when he met with Miroslav Lajcak, who chairs the 72nd session of the assembly. 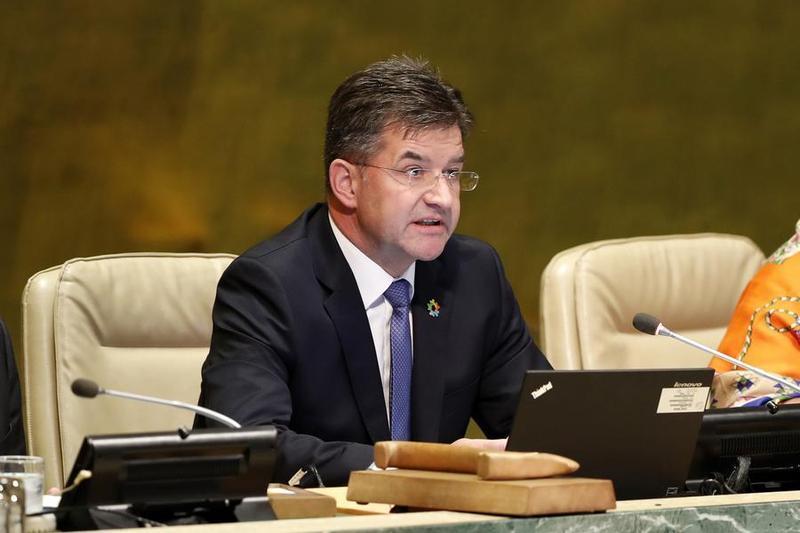 The current session of the General Assembly takes development as a priority and builds this year's General Debate around the theme of "focusing on people."

China appreciates the arrangements, which are in line with the 2030 Agenda for Sustainable Development and with the aspirations of the member states, said Wang.

UN reform has recently attracted much attention, he said, adding China supports UN reform and hopes reform will be carried forward in a stable manner with respect for the opinions of member states.

Lajcak said the international community welcomes China's increasingly important role in international affairs, and hopes that China can display leadership in conflict prevention, settlement of hot spot issues, peacekeeping and the implementation of the 2030 agenda.

The UN will enhance cooperation with China to carry forward work in security, development and human rights in a balanced way, he said.

The UN attaches importance to China's view on UN reform and will push this process forward in an incremental manner, said Lajcak.