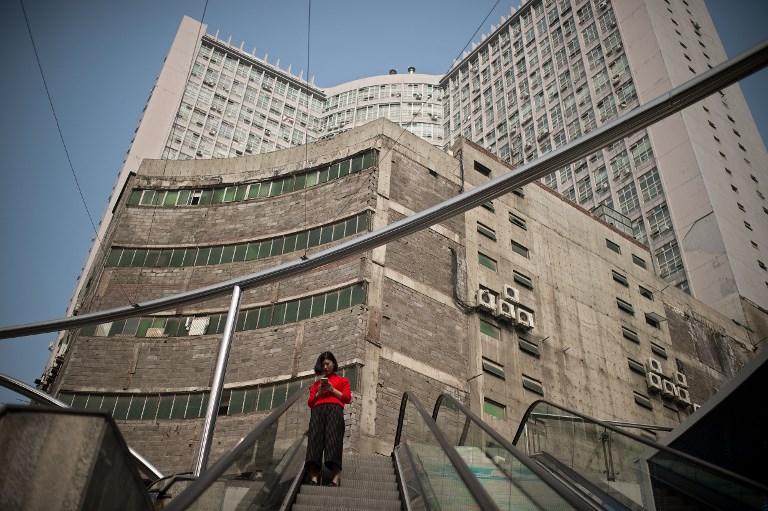 A woman looks at her smartphone on an escalator outside a shopping mall area in Zhengzhou on October 19, 2016. (NICOLAS ASFOURI / AFP)

ZHENGZHOU - Police in central China's Henan Province have arrested 172 members of Shanxinhui, a Shenzhen-based company suspected of organizing and leading a pyramid scheme.

All of them will face criminal charges, according to a statement issued by Henan police.

Others involved in the case will be treated with leniency if they turn themselves in by Sept 30, according to the statement.

Chinese police have previously investigated Shanxinhui for allegedly manipulating people into taking part in pyramid selling and cheating them out of huge amounts of property under the guise of helping the poor.

Several key members, including Zhang Tianming, the mastermind of Shanxinhui, were arrested earlier this month on suspicion of obtaining illegal gains of more than 2.2 billion yuan (US$334 million).

They were suspected of intentionally distorting the country's targeted policy to eradicate poverty to build a so-called "new economic ecological model," while setting up a network on the Internet.

In recent years, pyramid schemes have been expanding widely through social networks. Police investigated 2,826 pyramid scheme cases in 2016, 19.1 percent more than that in 2015, according to the Ministry of Public Security.