China, US work on clean energy cooperation at bilateral forum 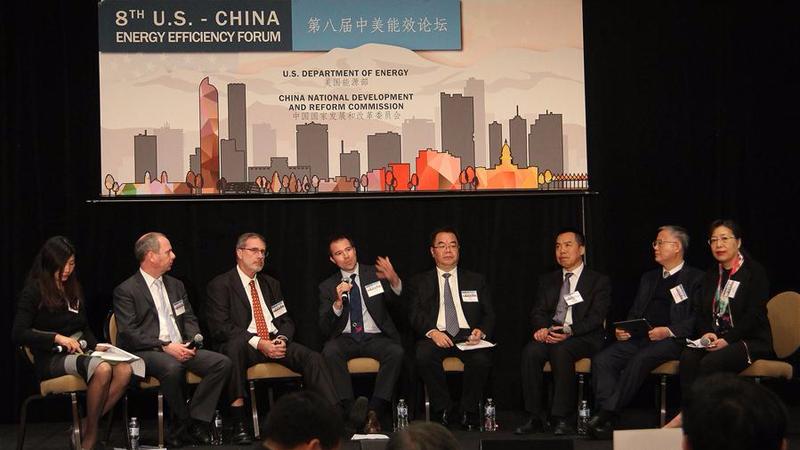 The city's deputy mayor Allegra Haynes told 150 forum participants they were in the right place, as Denver was dubbed the No. 1 energy efficient municipality in the United States in 2016, according to the American Council for an Energy Efficient Economy.

"We are 'delighted' to host the event," Haynes said, noting that energy reduction policies have saved 28 million KW of electricity and 700,000 thermos of natural gas in Denver since 2012.

The forum has been held in Beijing four times since its inception in 2010, and has been hosted by Washington D.C., Arlington Virginia, Berkeley California, and now Denver in the United States.

The event has increased each year in size and impact, event organizers told Xinhua, and is the main platform for senior US and Chinese officials to assess energy efficient action plans, discuss new policies, and examine trade and investment opportunities.

Ren Shuben, director general of the Department of Resource Conservation and Environmental Protection of China's National Development and Reform Commission (CNDRC), headed the Chinese delegation, and delivered inspiring keynote speech about cooperation between the two countries in regards to energy conservation.

"China and the US can set the example for energy conservation for the whole world - we have the same goals - to develop green energy," Ren said at Friday's opening ceremony, echoing the US Department of Energy (DOE) Acting Assistant Secretary Daniel Simmons' words in speech that the two countries have "common interest" in this field.

China's dedication to energy conservation "between 2010 and 2015 has reduced carbon emissions by 34 percent," Ren told the audience.

The event, co-organized by the DOE, also featured awards and contracts jointly received and signed by government and industry leaders from both countries.

There are 21 US- China EPC projects dating back to the program's inception in 2015. In the last two years, these projects attracted US$135 million investment and are projected to save 67,000 tons of coal equivalent (TCE).

China and the United States have years of experience in energy performance contracting and have a tremendous opportunity to reduce energy and water use and cut greenhouse gas emissions, the DOE said in a statement.

"The American companies partnering with Chinese firms will benefit by forging new partnerships to market their clean energy products and gain additional experience operating in China," the DOE said.