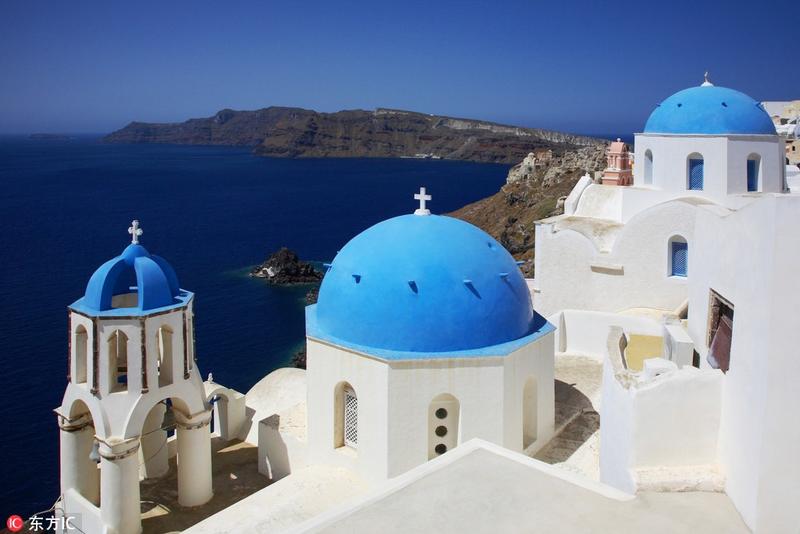 Santorini is located at the southernmost point of the Kiklades in Greece. It has an island area of 96 square kilometers, a coastline of 69 kilometers and a population of more than 14,000. (PHOTO / IC)

ATHENS — The Greek island of Santorini may introduce tickets in the summer for tourists' entry into the resort of Oia, known worldwide for its sunset viewing spots, as well as other restrictions to limit the massive flows of tourists the Cycladic island has suffered from in recent years, according to the Greek daily newspaper Kathimerini.

The locals agree that something must be done, but are not sure about this measure, they told Xinhua on Monday.

Santorini, an island of just over 15,500 inhabitants, registered some 5.5 million overnight stays in 2017, up 66 percent from 3.3 million five years earlier

Santorini, an island of just over 15,500 inhabitants, registered some 5.5 million overnight stays in 2017, up 66 percent from 3.3 million five years earlier, according to research conducted by the European Parliament and reported by Kathimerini on Sunday.

The European Bank for Reconstruction and Development (EBRD) has proposed a series of measures to combat "hypertourism," including the imposition of an entrance fee to be paid online during the peak season; the reduction of short-term rental periods in densely populated areas; and the introduction of time slots for cruise visitors to avoid congestion.

"No doubt there is overtourism on Santorini and the measure of the ticket would be an idea," Santorini travel agent Giorgos Georgoulas told Xinhua. 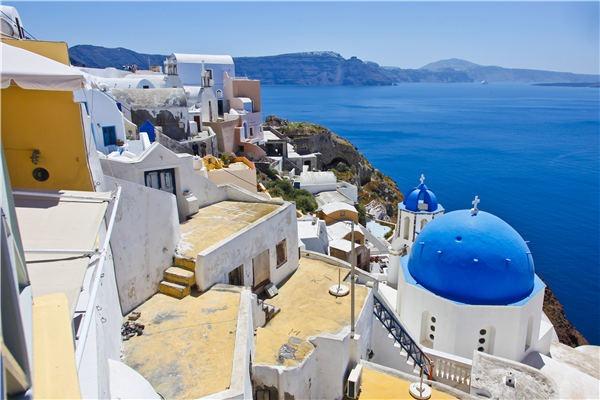 The iconic Santorini island is one of the landmarks of Greece, attracting honeymoon couples and tourists from all over the world. (PHOTO PROVIDED TO CHINA DAILY)

ALSO READ: Greek travel proves to be a hit with young Chinese

"However, that might not be so feasible for individual travelers. It would be easier for organizers, such as cruise companies and tour operators, that could price the entrance fees in the package holidays they would sell to tourists," he said.

"There is simply not enough space for everyone," stressed Georgoulas, noting that this phenomenon has compromised the quality of tourism and of services provided on the island.

The local authority of the island is involved in negotiations with the government on the issue, but is not happy with the idea of introducing a booking system for visitors to Oia, according to the Kathimerini report. Other measures proposed appear to be more welcome.

Santorini Mayor Antonis Sigalas stated a few weeks ago in an article published in the local newspaper Vima (Tribune) that "what we need is the immediate modernization of our infrastructure and the efficient coordination of incoming tourism management." 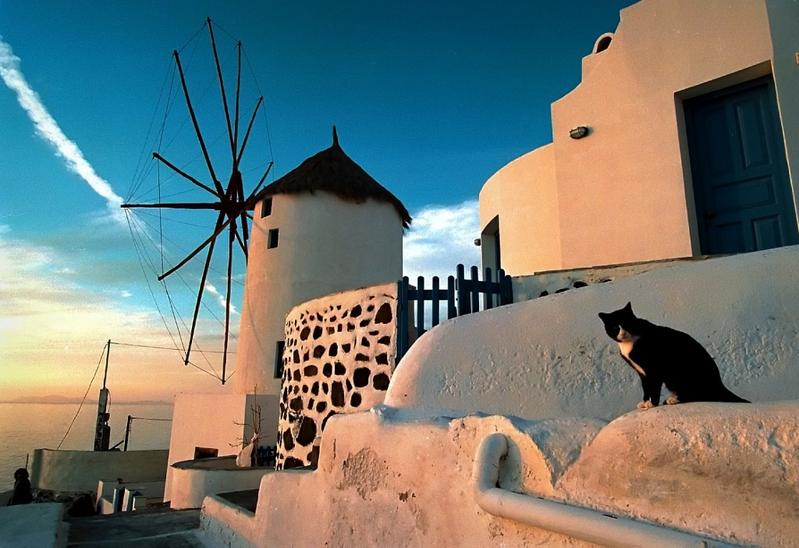 This undated picture shows sunset at the island of Santorini. (LOUISA GOULIAMAKI / AFP)

Among the ideas he proposed was the diversification of the tourism experience on the island, "placing emphasis on the unique traditional image of the villages and promoting centrally the cultural architectural treasures.

"Our aim is to highlight themed tourism and become the first Greek island to extend the tourism season to nine months," the mayor said.